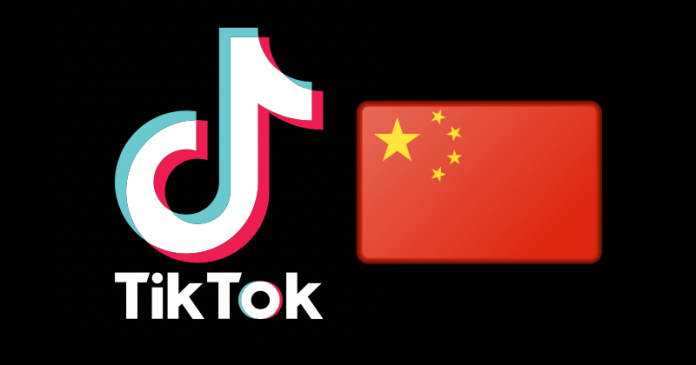 Pointing to reports that TikTok is exposing U.S. users’ data and pointing to the app’s connections with the Chinese regime, this week, U.S. Sen. Marco Rubio, R-Fla., called for a national ban of Tik Tok.

Rubio and U.S. Rep. Mike Gallagher, R-Wisc., wrote a piece in the Washington Post on the matter, which was published on Thursday.

“The United States is locked in a new Cold War with the Chinese Communist Party, one that senior military advisers warn could turn hot over Taiwan at any time. Yet millions of Americans increasingly rely on TikTok, a Chinese social media app exposed to the influence of the CCP, to consume the news, share content and communicate with friends,” they wrote. “TikTok is owned by the Chinese company ByteDance. This is not a state-owned enterprise, but in China, no company is truly private. Under the country’s 2017 National Intelligence Law, all citizens and businesses are required to assist in intelligence work, which includes sharing data.

“[ByteDance’s] ownership of TikTok is problematic for two reasons. First, the app can track cellphone users’ locations and collect internet-browsing data — even when users are visiting unrelated websites,” they continued. “With this app, Beijing could…collect sensitive national security information from U.S. government employees and develop profiles on millions of Americans to use for blackmail or espionage.

“Even more alarming than that possibility, however, are the potential abuses of TikTok’s algorithm…. TikTok has already censored references to politically sensitive topics, including the treatment of workers in Xinjiang, China, and the 1989 protests in Tiananmen Square,” they added. “TikTok is a major threat to U.S. national security. Yet Biden is encouraging greater engagement with the platform by directly courting TikTok influencers. Furthermore, reports suggest that he is nearing a deal that would authorize TikTok’s continued operation in the United States without any change in ownership.

“Unless TikTok and its algorithm can be separated from Beijing, the app’s use in the United States will continue to jeopardize our country’s safety and pave the way for a Chinese-influenced tech landscape here…. This is why we’re introducing legislation which would ban TikTok and other social media companies that are effectively controlled by the CCP from operating in the United States,” they wrote.

The two Republicans announced plans to bring out a proposal “which would ban TikTok and other social media companies that are effectively controlled by the CCP from operating in the United States.”

Warner, the chairman of the U.S. Senate Select Committee on Intelligence, and Rubio, the vice-chairman of the committee, wrote FTC Chairwoman Lina Khan on the matter.

“We write in response to public reports that individuals in the People’s Republic of China (PRC) have been accessing data on U.S. users, in contravention of several public representations, including sworn testimony in October 2021,” they wrote.“In light of this new report, we ask that your agency immediately initiate a Section 5 investigation on the basis of apparent deception by TikTok, and coordinate this work with any national security or counterintelligence investigation that may be initiated by the U.S. Department of Justice.

“TikTok’s Trust and Safety department was aware of these improper access practices and governance irregularities, which – according to internal recordings of TikTok deliberations – offered PRC-based employees unfettered access to user information, including birthdates, phone numbers, and device identification information,” they continued. “Recent updates to TikTok’s privacy policy, which indicate that TikTok may be collecting biometric data such as faceprints and voiceprints (i.e. individually-identifiable image and audio data, respectively), heighten the concern that data of U.S. users may be vulnerable to extrajudicial access by security services controlled by the CCP.”

At the end of May, Rubio called on the White House to prohibit TikTok Shop from operating in the U.S.

Rubio called on President Joe Biden to stop TikTok Shop “from fully operating in the U.S. Executive Order 13873, issued in May 2019 by the Trump administration, empowers the U.S. Department of Commerce to restrict certain information and communications technology and services ‘transactions’ that pose an undue or unacceptable risk to U.S. national security or the safety of U.S. persons when those transactions involve ‘foreign adversaries.’”

At the start of last year, Rubio brought back his proposal for tougher standards and more restrictions on some foreign software and apps, including WeChat and TikTok thanks to their connections to the Chinese regime.

Rubio has also sent letters to the CIA, the Army and the U.S. Department of Commerce, warning them about TikTok’s ties to China.