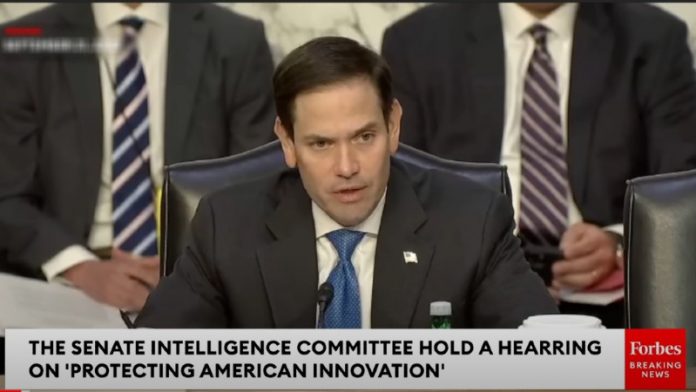 Thank you all for coming here today. … I think our Audits and Projects team has done a good job of…identifying the problem. And part of these hearings is now to begin to think through what are some of the things that we can do from our end to either mandate or provide a pathway toward solutions.

The core problem is this…. Our entire system is set up for an era in which counterintelligence, basically espionage, was governments trying to steal government secrets, getting into the Defense Department, learning about things that have to do with nation-state proprietary information and classified information. And we’re now in an era in which the activities of intelligence agencies from around the world come from a variety of countries with different intentions….

They range from cyber-intrusions designed to both steal secrets and also to generate revenue, to disinformation and misinformation to try to steer and influence and shape American policy and divide us and distract us or debilitate us, to obviously academia, both because they’re interested in research, but frankly, in many cases, to try to influence students. It’s a long-range plan to look at someone who’s 20 years old today and say, ‘We can shape their narrative about China and Taiwan, or China and Tibet, or China and Uyghur Muslims in Xinjiang today. Twenty years from now, these individuals will be running companies or key agencies in government and maybe even elected, and that will help us.’

This is a multifaceted, new era-type challenge, which our agencies simply weren’t created to [deal with]. And they were created in an era where there wasn’t great power competition, where the number of nations around the world that had the capability to even do intelligence operations against the United States domestically, not to mention globally, was much smaller than it is today.

So really the hope here today is to understand how we can…give [the National Counterintelligence and Security Center] a clear mission that captures the full array of challenges, provide them with well-defined authorities that allow them to do that, and then understand whether or not we’re providing sufficient resources to be able to carry that out. Those three things — having the clear mission, having the authorities to carry out the mission, and having the resources to carry out that mission — are the path forward.

But it really begins with understanding a clear mission, what it entails, and all the intricacies and complications that would come with that. So all of you have been involved in different ways with this, and we’re grateful you [came] in today to help us begin to chart the way forward.