U.S. Sen. Marco Rubio, R-Fla., is championing a proposal to amend the federal tax code to help tree farmers and the timber industry after natural disasters.

“Not allowing these timber interests, many of whom are family-owned small business operations, to recover their losses doesn’t help anyone—not them, the local economy, or the environment,” Hyde-Smith said. “My bill would create an opportunity to make this right.”

“Mississippi’s millions of acres of forests are our state’s second largest agricultural product by value but are not eligible for tax relief in case of disaster,” Wicker said. “This proposal would provide landowners much-needed relief in the event of a catastrophe and encourage the return of this land to active production.”

“More than half of Arkansas is forestland that supports thousands of jobs and contributes to the state’s natural beauty. This bill will benefit Arkansas’s many family forest landowners and encourage the rehabilitation of our forests after natural disasters,” Cotton said.

Rubio’s office laid out what the proposal would contain.

“The legislation would adjust current tax law, which restricts casualty loss deductions to losses incurred in federally-declared disaster areas. Even when wildfires or floods do not result in a formal disaster designation, federal crop insurance coverage is unavailable for forest lands, and there are no affordable private insurance products,” Rubio’s office noted.

“Specifically, the Forest Recovery Act would: modify the tax deduction for casualty losses to establish special rules for losses of uncut timber; establish that basis used for determining the amount of the deduction in cases of uncut timber losses from fire, storm, other casualty, or theft may not be less than the excess of the fair market value of the uncut timber determined immediately before the loss was sustained over the salvage value of the timber; apply the special rule only if the timber was held for the purpose of being cut and sold and the uncut timber subject to the loss is reforested within five years of the loss; and exempt casualty losses from uncut timber from the rule restricting the deduction for personal casualty losses to losses attributable to a federally declared disaster,” Rubio’s office added.

The bill was sent to the U.S. Senate Finance Committee last week. So far, there is no companion measure over in the U.S. House. Florida’s Senators Back the ‘NASA Enhanced Use Leasing Extension Act’ 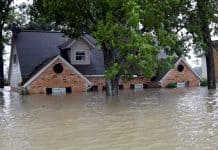 Marco Rubio: We Need to Delay Hiking Rates on Most NFIP Policyholders