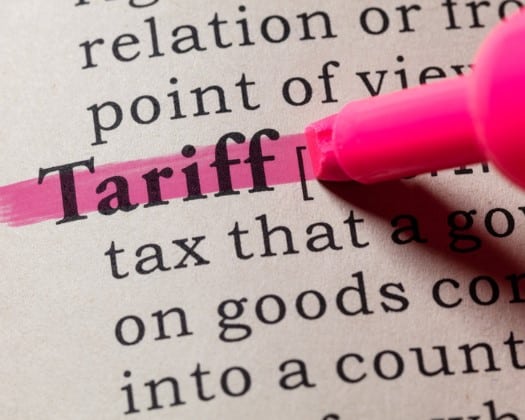 This week, U.S. Sen. Marco Rubio, R-Fla., joined U.S. Sens. Tim Kaine, D-Va., and Todd Young, R-Ind., in sending a letter to the U.S. Trade Representative (USTR) Katherine Tai and U.S. Commerce Sec. Gina Raimondo, calling on the agencies to address the harms caused by retaliatory tariffs that inhibit trade of whiskey, other spirits, and wine between the United States, and the European Union (E.U.) and the United Kingdom (U.K.).

The letter comes as the European Union tariff on American whiskey is scheduled to double to 50 percent in June.

Twenty-five percent retaliatory tariffs on American spirits were imposed by the E.U. and the U.K. in 2018 in response to the Trump administration’s Section 232 tariffs on imported steel and aluminum.

In their letter, the senators stressed the negative impact that an increase in these tariffs would have on local businesses, as many are still struggling to stay afloat due to the COVID-19 pandemic. More than a dozen other U.S. senators signed the letter.

We write today to emphasize the importance of working to remove harmful retaliatory tariffs on distilled spirits and wine to promote free and fair trade between the United States, European Union and United Kingdom. These tariffs have negatively impacted the U.S. beverage alcohol sector and placed American producers at a severe competitive disadvantage in what had been a growing export market for them.

American craft spirits production has grown substantially in recent decades, and in 2020 more than 2,000 distillers operated in the United States, employing tens of thousands of workers spread across all 50 states. With this growth came overseas opportunities. American Whiskey in particular saw a significant rise in exports, with exports to the EU growing by 40 percent from 2008 to 2018. The implementation of retaliatory tariffs, though, have inhibited this growth. Since June 2018, American Whiskey has faced a 25 percent tariff in the EU and UK. Whiskey exports to the EU have dropped by 37 percent since then and exports to the UK have been cut in half. This tariff is currently scheduled to increase to 50 percent in the EU on June 1, 2021.

Like other small businesses involved in the food and drink industry, American craft distillers have struggled during the pandemic, as on-site sales and sales to restaurants and bars declined substantially. Nearly a third of craft distillers’ employees have been furloughed since the start of the pandemic. These employers are just now starting the road to recovery and the continuation, and potential increase, of these tariffs will inhibit this recovery.

The recent suspension of tariffs related to the WTO large civil aircraft subsidy dispute, including on U.S. rum, brandy, and vodka, has provided critical relief for many in the hospitality and beverage alcohol sector at a critical time. Securing an agreement to permanently lift these tariffs on wine and spirits will help restaurants, bars, and craft distilleries across the country as they recover from the pandemic.

Thank you for your attention to this critical issue.