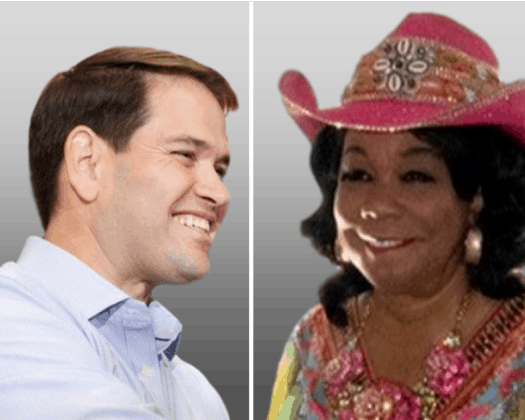 In July 2019, Rubio teamed up with U.S. Sen. Cory Booker, D-N.J., and U.S. Sen. Kamala Harris, D-Calif., on the proposal to create the commission which would be under the U.S. Commission on Civil Rights’ Office and “would recommend policies to improve current government programs.”  The new commission will have 19 members which “will include congressional lawmakers, executive branch appointees, issue experts, activists, and other stakeholders who will examine social disparities affecting black men and boys in America.” The new commission will offer recommendations to Congress and the federal government.

At the end of June, the U.S. Senate passed the measure without opposition and the U.S. House followed suit on Monday.

Wilson weighed in after getting her bill through the House.

“I am elated that this legislation, which I have been fighting for several years to pass, is now poised to become national law. The commission will review police brutality, gun violence, fatherhood, recruiting and training black male teachers, and even sneakers, which play an important role in the lives of black boys. Welfare reform and the 1994 crime bill, which includes the controversial three strikes provision and harsh sentencing guidelines, also will be revisited. These federal policies left a devastating impact on black men and boys in America,” said  Wilson. “The commission’s underlying goal is to interrupt the school-to-prison pipeline and to better understand and eventually eliminate the educational and social chasms that have made it extraordinarily difficult for black males to become upwardly mobile.

“Perhaps the most dangerous issue facing black boys in our country is racism itself. Too often they are perceived as criminals by the time they reach the age of five. They’re labeled delinquent, not rowdy. They are hardened criminals, not misguided youth. Their very existence is often seen as a threat. It is a tragic reality that black males in America are treated as their own class of citizens,” Wilson continued before praising the late U.S. Rep. John Lewis, D-Ga.

“The final passage of the Commission on the Social Status of Black Men and Boys Act is a little bittersweet for me because my dear friend and colleague, Congressman John Lewis, did not live to witness this landmark day. He was one of its fiercest advocates and devoted countless hours during my tenure in Congress to inspiring hundreds of boys who are members of the 5000 Role Models of Excellence Project, a mentoring and dropout prevention program I founded 30 years ago. I am honor to share this legacy with him,” Wilson said.

“Now more than ever, it is imperative that we take action to address the racial inequities that continue to plague our nation,” said Rubio. “America is more successful when its citizens have equal access to economic opportunity and prosperity, and this is particularly relevant for young black men. As we confront the challenges of the 21st century, we will need to rely on the talents and contributions of every American. I applaud the House for passing the Commission on the Social Status of Black Men and Boys Act, and I urge the president to sign it into law without delay. I was pleased to lead this legislation in the Senate, and I look forward to the work the Commission will do to address the racial and economic disparities affecting our communities today.”

“As governor, I signed legislation to create a Commission on the Social Status of Black Men and Boys in Florida, and I’m proud to join Congresswoman Frederica Wilson, Senator Marco Rubio, and our colleagues to bring this effort to the national level. This is an important step to help make critical changes across our nation,” said U.S. Sen. Rick Scott, R-Fla.