Salazar will serve on the U.S. House Western Hemisphere and the Middle East, North Africa and International Terrorism Subcommittees.

On Tuesday, Salazar promised to use her new posts to continue her efforts against the Cuban regime and to support Israel.

“My community is home to thousands of men and women who fled tyranny and oppression. For over 30 years, I dedicated my career in journalism to covering the brutality, cruelty, and inhumanity of the socialist dictatorships that have destroyed so many nations throughout the world. As the daughter of exiles who fled the evil Castro regime, it is the honor of a lifetime to serve on these key Subcommittees and fight for our American values of freedom, democracy, and respect for human rights,” said Salazar.

“South Floridians truly understand the value of freedom and democracy. I will fight tirelessly to stand-up to the brutal regimes in Cuba, Venezuela, and Nicaragua and stand shoulder-to-shoulder with allies like the Republic of Colombia and our dear friend, the democratic, Jewish State of Israel,” she added.

“I am excited to welcome Congresswoman María Elvira Salazar to the Subcommittees on the Western Hemisphere and the Middle East. Her experience in these regions will be important for the work of this subcommittee and advancing US interests around the world,” said McCaul.

Salazar represents parts of Miami-Dade County including most of the city of Miami. She defeated U.S. Rep. Donna Shalala, D-Fla., in November. 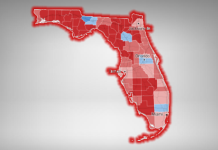