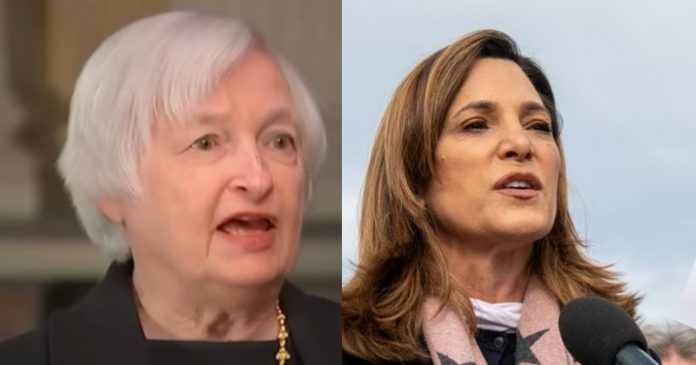 This week, U.S. Rep. María Elvira Salazar, R-Fla., sent a letter to U.S. Treasury Sec. Janet Yellen, laying out her reasons why the United States must vote against Alicia Bárcena Ibarra for president of the Inter-American Development Bank (IADB).

Salazar wrote that Alicia Bárcena Ibarra has a long and detailed record of apologizing for dictators in Latin America and criticizing free market economies.

Alicia Bárcena Ibarra was nominated by the government of Mexico. The board of the Inter-American Development Bank is due to vote on a new president on November 20, 2022.

“We cannot allow a communist sympathizer to lead the Inter-American Development Bank,” said Salazar. “At a time when socialists are taking over Latin America, it would be incredibly dangerous to the United States and the cause of freedom in our hemisphere for them to have an ally strategically placed in the heart of Washington D.C. The Biden administration must oppose her candidacy.”

The Inter-American Development Bank is the largest source of development financing in Latin America and the Caribbean with a usable equity of approximately $35.1 billion. The United States is the largest shareholder of the IADB, and its vote corresponds to 30 percent of the total vote share. Strong leadership at the IADB is essential for securing prosperous development in both Latin America and the United States moving forward.

Alicia Bárcena Ibarra was executive secretary of the United Nations Economic Commission for Latin America and the Caribbean from 2008-2022. “Throughout her time as executive secretary, she repeatedly signaled her lack of faith in free markets and her admiration of authoritarian dictators,” Salazar’s office insisted.