Water issues have bedeviled Florida for decades – harmful algal blooms, not enough water at the right time, too much at the wrong time and the persistent challenges for Lake Okeechobee and the Everglades.

Preserving the fragile ecosystem of Florida is a major concern for the future of all residents and their families. Because of Florida’s unique topography as a freshwater peninsula surrounded by saltwater oceans, we need to be vigilant on behalf of its preservation.

The burgeoning growth of Central Florida has pushed some of our natural wetlands and ecosystems to the brink. Achieving a balance between economic development and the preservation of our natural treasures is good public policy and sound economics. For example, in Casselberry, access to a long-term freshwater supply is a priority for our residents and a key to expanding our utility division as Florida’s population grows.

Central Florida has an opportunity right now to support proposals in the Legislature, backed by state Senate President Wilton Simpson, R-Tribly, that can go a long way toward solving them. Runoff and nutrients that originate from Central Florida can be mitigated with these proposals. Our part of the state will benefit from these efforts to jump-start a wise investment that will improve our quality of life and environment.

The proposals would speed up a long-planned water storage project north of Lake Okeechobee that would build wells into our aquifers using Aquifer Storage and Recovery, a science-backed, safe technique that Florida has used for years. Water is treated and injected into the wells during the wet season–and treated and discharged when needed during our dry spells.

This process’s huge benefit is that the water will be treated and cleaned before it reaches Lake Okeechobee. The algal blooms that come out of the St. Lucie and Caloosahatchee Rivers are caused, in large part, by the fact that 95 percent of the water that comes into the lake from the north is untreated and then discharged into those estuaries.

The “North of the Lake” plan is an economically responsible choice that will bring us closer to solving our water problems faster than another project that’s been on the drawing board for a long time as part of the bipartisan Comprehensive Everglades Restoration Plan of 2000. The northern solution and the Everglades Agricultural Area (EAA) Reservoir south of Lake Okeechobee arose from that landmark agreement between the federal government, the state government and other stakeholders.

Getting the money to pay for these projects has taken a long time. We should seize the moment now to make significant progress quickly at the least cost. With the pandemic still stressing our tax revenues, we have to balance strong economic growth with preserving the environment. The North of the Lake plan does both and will put the $100 million that Florida has set aside for it into action.

The aquifer project will provide nearly twice the water storage of the planned southern reservoir and be completed in three to five years compared to a decade or more from the EAA plan. The cost is vastly lower as well– $500 million against the as much as $3.8 billion estimated by the U.S. Army Corps of Engineers.

The North of the Lake plan will reduce discharges from Lake Okeechobee to the St. Lucie and Caloosahatchee Rivers by almost half, as opposed to 38 percent for the southern project. If we add the aquifer storage plan to our water management arsenal and current efforts under the Comprehensive Everglades Restoration Plan, more than 70 percent of Lake Okeechobee’s harmful discharges would be eliminated.

Building the Northern project will not stop the EAA from going ahead. Still, it will help Florida’s water and environment more quickly and give our water managers the flexible tools they need to ensure our water supply is always there, in rainfall or drought. That’s important to Central Florida’s economy and quality of life but the 7 million people in South Florida will also enjoy the same benefits. The northern aquifers can be tapped to keep Lake Okeechobee as the backup water supply for almost all of South Florida at a healthy level year-round. That will ensure the water we need for Everglades restoration is there as well.

Every Floridian wants to see the Everglades and Lake Okeechobee, two of our best-known and most precious natural resources, restored to health. We all want our economy and $90 billion-a-year tourism industry to thrive. These legislative proposals that get us there faster and cheaper deserve our support.

Mark Busch is a partner at Busch and Company Resource Strategies, Inc. and is the vice mayor of Casselberry. He also served as the vice-chairman for the Orange County Soil and Water Conservation District and graduated from the University of Central Florida with a B.S. in Biology with an emphasis in Florida freshwater lake and river systems. 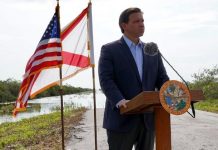 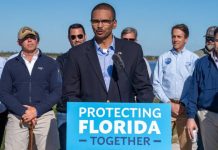