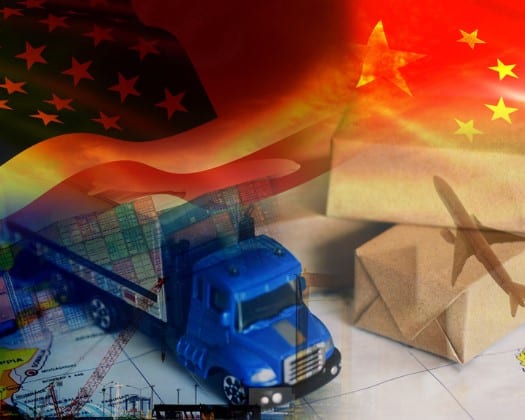 Unsurprisingly, the Chinese government was less than enamored of the move, and immediately cast it as an economic ploy. Foreign Ministry Spokesman Zhao Lijian warned that the order would “not help solve [American] domestic problems” and chided the United States to “earnestly respect market laws and free trade rules and uphold the safety and reliability and stability of global supply chains.” The Global Times—a newspaper generally acknowledged as the voice of the Chinese Communist Party (CPP)—pulled even fewer punches, saying, “The supply chain security Washington wants is an evil security that allows the US to arbitrarily attack China’s supply and an evil security that China has no ability to fight back.”

Given that China is far from a bastion of free trade and equal economic competition, these comments ring as overly opportunistic and pretty obviously hypocritical. But they shouldn’t be dismissed outright. The tension in the United States between national security and economic competitiveness is not ancillary to the supply chain management problem: rather, it’s central to the entire challenge. The Biden administration should take this opportunity to distinguish its supply chain security policies from those of the Trump administration by better balancing national security and economic competitiveness—primarily, by de-conflating the two and putting each in its rightful place.

The previous administration declared everything from Chinese telecoms equipment to Japanese cars a threat to U.S. national security. But equating concerns about the CCP potentially building backdoors into 5G equipment with the flagging U.S. domestic automotive industry only makes Washington D.C. look hypocritical and paranoid. Obviously, Chinese mud-slinging about American credibility shouldn’t be internalized, but painting too broadly with the national security brush does provide opportunities for the CCP to point out the capricious nature of the United States’ recent approach to foreign companies in a way that damages our international brand. This also impairs the ability of U.S. government and businesses to work and cut deals with other countries and companies.

Protectionist policies often hurt Americans—particularly those who are least able to absorb the consequences. These policies are costly, may generate retaliatory actions and are rarely effective. Consider the steel tariffs Donald Trump enacted under the guise of protecting a critical industry: ultimately, they hurt U.S. businesses and consumers and did not improve domestic steel production. The national security justification was weak from the beginning. With China and Russia each providing 3 percent or less of U.S. total steel consumption, the tariffs were a blatant attempt to bolster the economic prospects of part of Trump’s constituency. Worse, research shows that at least 50 percent of the cost of these tariffs hit American businesses and consumers, along with friendly nations. While there are certainly examples of more beneficial industrial policy—for example, increased government spending on research and development—this broad-level retaliatory protectionist impulse helps no one.

3. Economic and national security concerns are intertwined but they’re not exchangeable.

Ultimately, there are real reasons why economic power underpins national security advantage. It’s important to have a strong, innovative economy. It’s also important to promote that economy via favorable—but fair—economic and fiscal policy. But it would be a mistake to borrow tools from China’s toolbox in the name of great power competition in order to do so. If the new administration wants to ensure and protect America’s legacy going forward, it needs to protect our nation’s ability to compete and innovate from both the outside challenges posed by China and other U.S. adversaries, as well as the inside threat of using national security as a justification of bad economic policy.