Caldwell, the Republican who was edged by Democrat Nikki Fried in the close state agriculture commissioner race in 2018, announced on Monday he was running to replace Wilkinson.

“Ken Wilkinson’s retirement after serving for 40 years as our property appraiser has opened a new door,” Caldwell informed supporters. “Having two decades of private appraisal experience myself, this opportunity to serve my community would be a blessing. Considering that Lee County is now larger than three states, the magnitude of the responsibility is enormous.”

Wilkinson has thrown his support to the new candidate.

“I am grateful to have the trust and support of Ken,” Caldwell said. “His legacy as Lee County property appraiser reaches far beyond the boundaries of our county. Ken Wilkinson was personally involved in amending our state Constitution three times. These amendments have cumulatively saved Florida taxpayers billions over the last three decades. We owe him a debt of gratitude for his dedication and service.”

First elected to the Florida House in 2010, Caldwell represented parts of Lee County in Tallahassee. Caldwell has worked in real estate appraising and consulting in Southwest Florida. 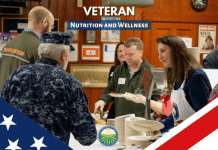