Waltz pointed to incidents with the “Corps of Cadets being mandated to attend seminars and presentations on critical race theory that included inflammatory lessons and presentations that are detrimental to the mission and morale of the U.S. Army” and “requested the full presentation of seminars, presentations, assemblies, and other related curricula at West Point” in the letter he sent last week.

“Information has recently come to my attention from unsettled soldiers, cadets, and families that raises serious concerns about the U.S. Army’s introduction of elements of critical race theory into cadet instruction,” Waltz wrote. “In February this year, I understand the U.S. Military Academy under your leadership required cadets to attend a mandatory seminar on ‘Diversity, Equity, and Inclusion.’ According to the schedule I received, cadets ‘must attend at least one of the seminars.’

“Additionally, I understand that on September 24, 2020 the entire corps of cadets was required to report to Michie Stadium for your address as superintendent and to hear from a cadet panel. In this session, an active duty female colonel described to the Corps how she become ‘woke’ to her white privilege, and felt guilty for the advantages of her race. At this same assembly, white police officers were described as murderers with no context or court documents provided to corroborate the anecdotes of police brutality. While this session may have been well intended to invoke awareness and understanding, I am hearing forcefully that this session and others like it are instead breading insult and resentment,” Waltz wrote.

“These critical race theory teachings take aim at those key pillars and pit cadets against one another through divisive indoctrination under the pressure of ‘wokeism.’ There is no doubt our country has had to overcome atrocious racial bigotry. We have made enormous progress and there is still much to be done in our country. But, the United States military, uniquely in American society, must strive to unify. Unfortunately, these seminars imbue in our future military leaders that they should treat their fellow officers and soldiers differently based on race and on socio-economic background. In a combat environment, where every soldier must equally share the burden of danger, I cannot think of a notion more destructive to unit cohesion and morale,” Waltz added.

Waltz noted that he sits on the U.S. House Armed Services and put in for a request “that you provide the full presentation of these seminars, presentations, assemblies, and other related curricula to my office so that the Congress can execute its oversight responsibilities of the U.S. Army and the U.S. Military Academy.” 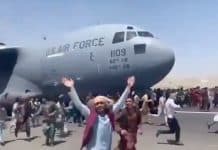