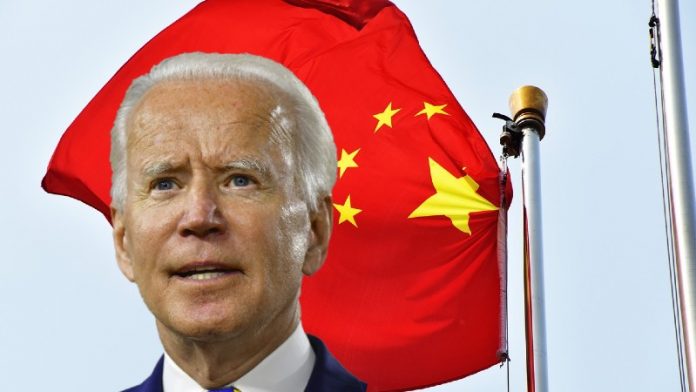 Waltz sent a letter to U.S. Energy Sec. Jennifer Granholm and Arati Prabhakar, the director of the White House Office of Science and Technology Policy, on the matter. Ten other Republicans on the U.S. House Science, Space and Technology (SST) Committee, including U.S. Rep. Bill Posey, R-Fla., signed the letter.

In the letter, Waltz insisted the Chinese Communist Party’s (CCP) Thousand Talents Program was a threat and pointed to”Republican efforts to prevent further Chinese exploitation of American research and technology sectors.” The congressman also pointed to reports from Strider Technologies, Inc., “which found that at least 162 scientists formerly employed at the Los Alamos National Laboratory in New Mexico had returned to China to support the CCP in various domestic and military research and development programs.”

Waltz weighed in on the letter this week.

“The Chinese Communist Party has been stealing our research and technology for decades through its foreign talents programs and it’s critical to our national security that we put an immediate stop to their espionage efforts,” said Waltz. “Republicans on the Science, Space, and Technology Committee specifically crafted policies to prohibit China’s recruitment programs and the Biden administration must be transparent in its implementation of these policies.”

The letter that Waltz led is below.

We write to express our serious concerns regarding the recent report titled “The Los Alamos Club,” published by Strider Technologies, Inc., and to learn what steps your offices are taking to protect our critical research from malign talent recruitment programs.

The Chinese Communist Party (CCP) and other adversaries have infiltrated U.S. research and technology laboratories, academic institutions, and industries through malign talent recruitment programs. Foreign countries incentivize their students and researchers with salaries, research funding, lab space, and other benefits to come to the United States to engage in our research and development programs and transmit that knowledge back to their foreign government. Over the years, we have seen numerous examples of the CCP practicing this tactic at our institutions of higher education through their Thousand Talents Program and their Youth Thousand Talents Program. These programs are part of the CCP’s overarching Military-Civil Fusion (MCF) national strategy. Under the MCF, the CCP targets seemingly innocuous key civilian technologies, acquires them illicitly, and exploits the “dual-use” potential of these technologies to build up their military capabilities.

As documented in “The Los Alamos Club,” there were at least 162 scientists who had worked at Los Alamos National Laboratory in New Mexico between 1987 and 2021 who then returned to China to support the CCP in various domestic research and development programs. The Chinese domestic programs that former Los Alamos members worked on also included work on weapons development and research in cutting-edge military technologies. As the report importantly noted, at least 90 of the 113 Los Alamos postdoctoral researchers and permanent staff members that returned to China were selected through CCP talent programs. Further, 59 of those individuals were recruited as part of the Thousand Talents Program and the Youth Thousand Talents Program.

DOE’s world-leading national laboratories, like Los Alamos National Laboratory, play a critical role in the U.S. research ecosystem. They are essential resources that provide U.S. researchers with the tools they need to support U.S. competitiveness in science, enable the development of next-generation clean energy technologies, and establish our global leadership in industries of the future. Unfortunately, “The Los Alamos Club” confirms the concerns surrounding malign talent recruitment programs, clearly demonstrating that the CCP’s had been successful at stealing and capitalizing on our research and development. As a result, these malign talent recruitment programs have now resulted in a tangible national security threat to the United States.

Understanding this threat, House Science, Space, and Technology Committee GOP crafted policy to prohibit malign foreign talent recruitment program participation in federally funded research which was included in H.R. 2225, the National Science Foundation for the Future Act, a standalone bill, H.R. 5265, and in the Chips and Science Act of 2022 (Public Law 117-167). Given the information detailed in “The Los Alamos Club” and the new research security requirements set forth in law by the Chips and Science Act of 2022, we respectfully request answers to the following questions:

1. Given the urgency of the threat of malign foreign talent programs, what is the current timeline the White House Office of Science and Technology Policy (OSTP) has set to implement Sec. 10632 of Public Law 117-167? Does OSTP plan to expedite implementation of Sec. 10632 in light of “The Los Alamos Club”? How are OSTP and the federal research agencies prioritizing implementation?

3. Was the Department of Energy (DOE) aware at any point of the participation in malign foreign talent programs by certain employees and researchers at Los Alamos National Laboratory? If so, what steps did DOE put in place to prevent federally funded U.S. research and development from being shared with the CCP?

4. In 2019, DOE put policies in place to block scientists from participating in foreign talent recruitment programs. How effective were those policies? Given the national security threat of these programs, did DOE work with the Department of Defense (DoD) in developing these policies?

5. What steps is OSTP taking to strengthen oversight and security of federal research and development?

6. How will OSTP and DOE take the findings of “The Los Alamos Club” into account when developing the new federal research security policies set forth in Public Law 117-167? Can you provide details on the timeline for development and implementation of those policies?

7. Outside of the research security requirements set forth in Public Law 117-167, what proactive steps will OSTP take, in coordination with federal research agencies, to prevent the CCP from recruiting scientists and researchers not currently involved in talent recruitment programs?

We appreciate your insight on this national security issue and look forward to your prompt response to this letter. 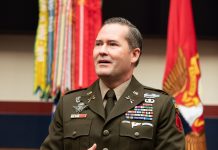