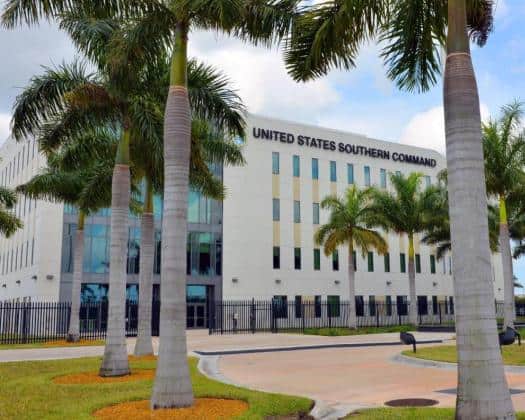 From his perch on the U.S House Armed Services Committee, freshman U.S. Rep. Mike Waltz, R-Fla., led a letter signed by every member of the Florida delegation to encourage Admiral Craig Faller of U.S. Southern Command (SOUTHCOM) to keep Joint Interagency Task Force-South (JIATF-South) in the state of Florida. The viability of JIATF-South’s current facility in Key West, Florida has been studied and is currently under review for a possible relocation.

The task force is a hub for coordinating drug interdiction efforts, not only between several American law enforcement agencies, but also among our partner nations in the region dedicated to stopping the trafficking of illicit drugs and dismantling of illicit and converging threat networks in support of national and hemispheric security.

The full text of the letter, which was sent out on Thursday, is below:

We write to express our full support for Joint Interagency Task Force-South (JIATF-South) to remain in the State of Florida.  We hope you will appreciate the strategic benefits of maintaining the headquarters within Florida, not only for its mission success, but for the quality of life for the personnel, and their families, assigned there.

JIATF-South is a hub for coordinating drug interdiction efforts, not only between several American law enforcement agencies, but also among our partner nations in the region dedicated to stopping the trafficking of illicit drugs and dismantling transnational organized crime rings.

We congratulate you for JIATF-South’s recent commendation from the Office of National Drug Control Policy for its coordination with Colombia, Panama and Costa Rica to deprive maritime traffickers of the near-land trafficking routes.  These efforts have helped reduce the flow of drugs entering the United States and saved countless lives.

Because JIATF-South oversees an area of over 42 million square miles, stretching from the Caribbean to Cape Horn, it is essential for the facility to be as close to its operating area and our partner nations as possible.  Furthermore, keeping JIATF-South in Florida will allow SOUTHCOM to maintain its quality of operational awareness and control.

As you review and evaluate future locations for JIATF-South, we strongly encourage you to maintain the headquarters in Florida.

Thank you for your kind consideration and your leadership of SOUTHCOM.  We look forward to discussing this matter further with you.