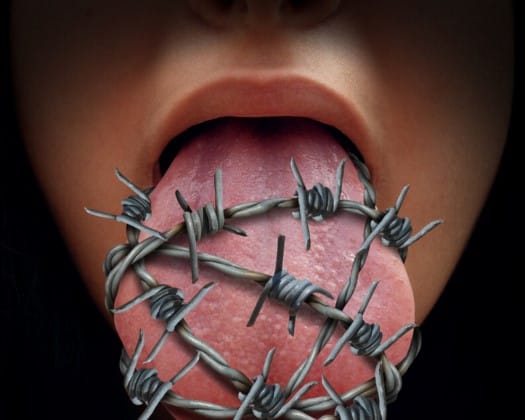 A recent survey by the Cato Institute finds that a majority of Americans–62 percent–say the current political climate keeps them quiet about how they really feel about certain issues.

A strong majority of conservatives–77 percent–and 59 percent of independents say they have to remain quiet about issues at the current time. The one group who feel they could openly express their views were Democrats but even there it is only a slight majority–52 percent–who say they can be open with their opinions.

Around a third of those surveyed–32 percent–say they are worried that their political views could hurt their employment, either losing their jobs or missing out on career opportunities.

Cato’s polling director Emily Ekins noted that this view was not one-sided with 34 percent of conservatives, 31 percent of liberals and 30 percent of moderates think expressing their political views at the workplace could get them fired.

The poll also finds that Americans under the age of 30 are more concerned about the negative ramification of their political views at the workplace than older people.

“These numbers show that the polls may be wrong again this year like they were in 2016 on Trump,” said Jamie Miller, the Florida director for the group People Who Think.

Miller, a veteran of Florida politics, said the Cato poll could be almost indicative that the pollsters might be getting the wrong results now.

“If people are this quiet on being opened about their political views, what makes you think they are going to change if they get a call from a political pollster asking them the same thing?” asked Miller.