A new poll reveals most Americans think the First Amendment to the U.S. Constitution should be revamped.

The Campaign for Free Speech sponsored the poll which found a slight majority of Americans–51 percent–think the First Amendment is outdated and 48 percent of those surveyed want “hate speech” to be illegal. A slight majority of Millenials–51 percent—support jail time and fines for “hate speech.” Asked about the media, 60 percent of those surveyed agree that the “government should be able to take action against newspapers and TV stations that publish content that is biased, inflammatory or false.”

Bob Lystad, the executive director of the Campaign for Free Speech, said these numbers are shocking.

Lystad said when respondents were asked about the First Amendment, most responded by saying they believe it allowed anyone to say their opinion no matter what and they are protected by law from any consequences of saying those thoughts or opinions.

“That actually isn’t true,” Lystad noted. The First Amendment prevents the government from punishing Americans for speaking freely with some exceptions. 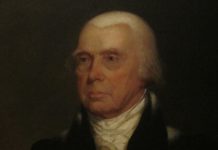 Elliott Drago: What James Madison Can Teach Us About Free Speech