Two members of the Florida delegation–Republican U.S. Rep. Neal Dunn and Democrat U.S. Rep. Darren Soto–scored a win this week as their “FEMA Loan Interest Payment Relief Act” was included in the “Resilient Assistance for Mitigation for Environmentally Resilient Infrastructure and Construction by Americans (AMERICA) Act.”

Champions of the “Resilient AMERICA Act” insist the proposal will help the federal government deploy resources quicker after disasters. The bill cleared the U.S. House this week on a 383-41 vote. Every Democrat in the House voted for the bill. In the Florida delegation, only Republican U.S. Reps. Matt Gaetz and Greg Steube voted against the proposal.

“Florida is no stranger to natural disasters. We’ve seen how investing in mitigation has reduced damage costs and saved lives,” said U.S. Rep. Dan Webster, R-Fla., who leads Republicans on the U.S. House Economic Development, Public Buildings, and Emergency Management Subcommittee. “By investing in common sense mitigation activities, the Resilient AMERICA Act will save taxpayer money, protect our communities by proactively mitigating risk, and saving lives. The status quo is not working, and its past time to flip the equation in favor of protection and savings. This bill is a big step in the right direction to achieve that goal.”

At the end of 202 Dunn introduced the “FEMA Loan Interest Payment Relief Act” which will “reimburse local governments and electric cooperatives for interest incurred on loans used to restore essential functions after natural disasters since the “interest paid on emergency loans is often a cost passed on to taxpayers and ratepayers alike.”

Dunn pointed to Hurricane Michael, which hit the Panhandle and Big Bend two years ago, as one of the reasons why he introduced the bill, noting the two-electric co-ops in the region suffered “nearly 100 percent destruction” and FEMA funds helped them restore services.

“In Florida’s Second Congressional District, our local governments and electric cooperatives have waited years for full reimbursement of Hurricane Michael related costs from FEMA. Local governments and electric co-ops take out loans to restore services; however, while they are waiting for the funding, they incur interest. These interest payments are costing them millions of dollars. We can’t have them on the hook for that,” said Dunn. “I also believe that this will incentivize the federal government to obligate these funds in a timelier manner moving forward.”

“States and municipalities rely on FEMA to rebuild and recover after a disaster strikes. As Central Floridians continue to struggle to get back on their feet from recent hurricanes, we simply cannot expect local governments and electric cooperatives to pay millions of dollars in loan interest they incurred while waiting for federal assistance. It must be reimbursed by FEMA,” said Soto.

Dunn weighed in this week after his bill was passed after being included in the Resilient AMERICA Act.

“Today’s passage of the Resilient AMERICA Act, which includes my bill, the FEMA Loan Interest Payment Relief Act, is a win for Florida’s Second Congressional District,” said Dunn. “Following Hurricane Michael in 2018, our local governments and electric cooperatives took out loans to restore services. They are now burdened with millions of dollars in interest payments as they wait for full reimbursement from FEMA – a cost passed on to taxpayers and ratepayers alike. My bill requires FEMA to include the interest incurred on the loans in their reimbursement, which will incentivize the federal government to obligate these funds in a timelier manner moving forward. My district waited years for this relief, and I’m thrilled that it is one step closer to fruition.” 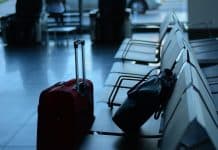