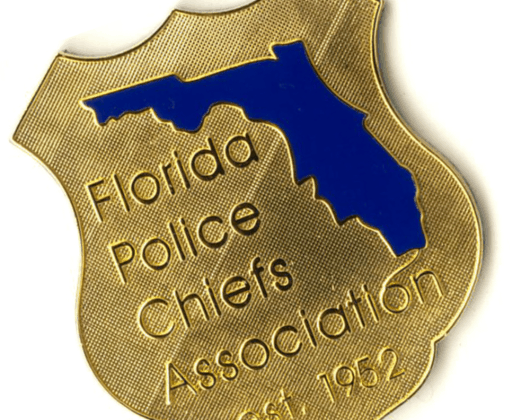 The Florida Police Chiefs Association (FPCA) have a new leadership team in place after the  Installation and Awards Banquet in Wesley Chapel this week.

Chief Kenneth Albano of the Temple Terrace Police Department was installed as the new president of the FPCA. He announced his plans as president to focus on officer health, safety, and wellness, particularly in light of the rising incidence of police officer suicides.

“Law enforcement officers risk their lives every day to keep the people of Florida safe. I’m committed to using my time as president of the FPCA to focus our full efforts on helping officers recognize and effectively deal with the dangers of persistent and high-level stress,” said Albano.

In addition to Chief Albano, the following individuals took positions on the FPCA Executive Board:

The FPCA has 17 districts throughout the state of Florida to support its members. The following directors were elected or reelected to office: