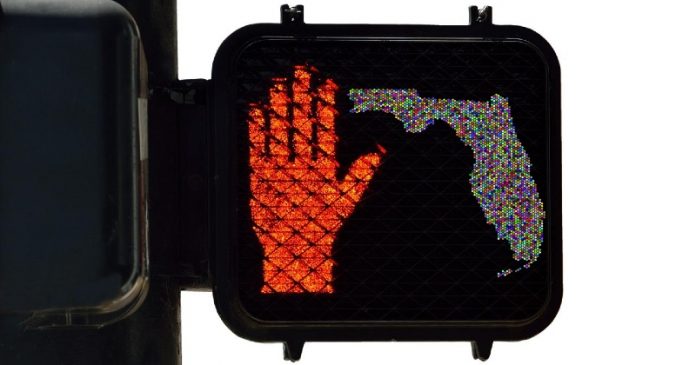 A new study from Smart Growth America shows a part of Florida is the most dangerous place in America for walking.

Florida ranked second behind only New Mexico as the most dangerous state for pedestrians and seven of the 20 most dangerous metropolitan areas in the nation were in the Sunshine State.

“This epidemic continues growing worse because our nation’s streets are dangerous by design, designed primarily to move cars quickly at the expense of keeping everyone safe. The result in 2020 was a significant increase in all traffic fatalities, even with less driving overall due to the pandemic,” Smart Growth America added.

The Deltona-Daytona Beach-Ormond Beach area led the list as the most dangerous place for pedestrians while the Tampa-St. Petersburg-Clearwater market placed fourth. Jacksonville ranked sixth on the list while the Orlando-Kissimmee-Sanford area placed eighth. The Palm Bay-Melbourne-Titusville; the Miami-Fort Lauderdale-Pompano Beach; the North Port-Sarasota-Bradenton; the Lakeland-Winter Haven; and the Cape Coral-Fort Myers areas also placed in the top 25.