“The passing of Congressman Hastings is a heartbreaking loss and I offer my deepest condolences to his loved ones. I know he will be greatly missed by his friends, colleagues, and fellow Floridians. He dedicated his life to breaking barriers, public service, and fighting for equality, which brought hope and change for all Americans, especially those most in need. We will never forget his contributions and I hope we can honor him today,” Fried said.

According to the Executive Office of the Governor’s flag protocol, the flag is to be lowered primarily for federal officials including the President, Vice President, Justices of the U.S. Supreme Court, Speaker of the U.S. House, members of Congress from Florida, prominent State of Florida officials, and Florida law enforcement officers, firefighters, and members of the Armed Forces from Florida who have died in the line of duty.

It was with deep sadness that I learned of the passing of Congressman Alcee L. Hastings this morning, a loss that will be felt heavily across our state after a lifetime of serving his fellow Floridians. Congressman Hastings led a career of public service that many of us could only hope to mirror, dedicating his life to fighting for fairness as an advocate for those who are too often overlooked or left behind. Starting his career as an attorney in South Florida in the 1960s, he was a tireless advocate for civil rights, going on to be appointed as Florida’s first Black federal judge by President Jimmy Carter in 1979. In 1992, he was first elected to Congress in an historic election that saw Florida send three Black representatives to Washington for the first time in over 100 years. Over his more than two decades in Congress, he served as the Dean of Florida’s Congressional Delegation, as Vice Chair of the prestigious House Rules Committee, and as Chairman of the Commission on Security and Cooperation in Europe, also known as the Helsinki Commission.

Throughout his lifetime of public service, Congressman Hastings was an outspoken advocate for the Black community, women, children, and families, the Jewish community and the U.S.-Israel alliance, immigrants, global human rights, those experiencing homelessness, LGBTQ equality, and civil rights and voting rights, both at home and abroad. He fought for healthcare, education, and economic opportunities for all. A voice for the voiceless, he was an unwavering champion of our environment, Florida’s Everglades, and animal rights. Congressman Hastings was also a dedicated partner in our work at FDACS to support Florida’s farmers and feeding Florida families. One of Florida’s fiercest fighters with the kindest heart, his loss will be felt as widespread as the positive impact he has made on individual lives across our communities, state, nation, and world that will be felt for generations to come.

In honor of his life, and in recognition of his service to the State of Florida and the United States, I respectfully request that our flags be lowered to half-staff to commemorate the passing of Florida’s native son, Congressman Alcee L. Hastings. On this day of mourning and immeasurable loss, we must all come together to show our respect and gratitude for his unwavering service to our state.

I appreciate your consideration on this matter. 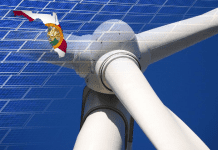 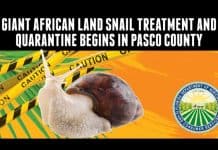