Home Florida Politics Nikki Fried Calls on the Senate to End the Federal Prohibition on... 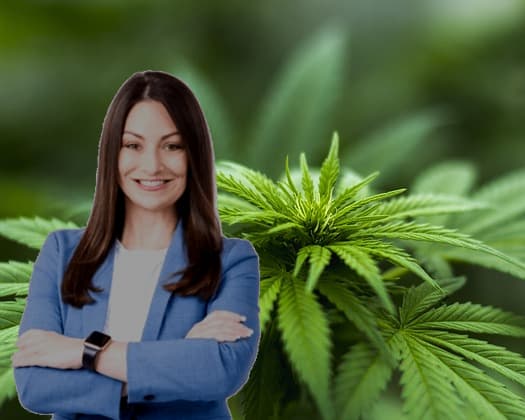 This call was included in formal comments submitted Fried to U.S. Senate Majority Leader Chuck Schumer, D-NY, U.S. Sen. Ron Wyden, D-Oreg., and U.S. Sen. Cory Booker, D-NJ, on the discussion draft of the “Cannabis Administration and Opportunity Act,” proposed legislation by the three senators. The letter also detailed ongoing challenges facing the hemp industry in Florida, which is overseen by Fried and the Florida Department of Agriculture and Consumer Services, due to cannabis overall not being legalized.

“Federal action to end cannabis prohibition is long overdue – from an economic and social justice standpoint. Inaction will only stifle the growth of the federally-legal hemp industry and the state-legal cannabis industries to the detriment of the nation’s economy,” said  Fried. “I am thankful for the senators’ leadership on this issue and for the opportunity to share insights from Florida as this long overdue conversation moves forward.”

Fried’s letter is below.

Thank you for your leadership in the fight to end federal cannabis prohibition and for the opportunity to provide comments on the draft Cannabis Administration and Opportunity Act, speaking to the urgent need for federal action on comprehensive cannabis reform.

As Florida’s Commissioner of Agriculture, and in my previous work as an advocate for cannabis and medical marijuana, I have always sought ways to innovate our state’s economy. The nation’s agriculture industry and economy at large need our federal officials to seek similar innovation when enacting federal policies and regulations to support the entrepreneurial growth of cannabis and the hemp industry taking place across America.

Following the passage of the 2018 Farm Bill and the reclassification of hemp as an agricultural commodity, the state of Florida enacted legislation giving the Florida Department of Agriculture and Consumer Services (FDACS), which I oversee, the authority to establish a state hemp program. Since our department began accepting applications to grow industrial hemp in April 2020, Florida has approved more than 800 hemp cultivation permits for farmers in 65 of Florida’s 67 counties, with more than 30,000 acres approved for planting – creating an estimated economic impact of $370 million in the first year alone. While the burgeoning growth of the hemp industry is promising, it has also revealed the need for federal action to resolve the conflicts arising from the federal prohibition of marijuana.

As you know, the 2018 Farm Bill removed hemp from Schedule I of the federal Controlled Substances Act, however, another classification of cannabis – marijuana – remains unchanged. As a result, we have an arbitrary line defining when a product is deemed hemp and legal versus marijuana and illegal. This discrepancy is impacting the legal hemp industry, hindering access to capital, federal research funding, insurance protections and disaster relief, trade promotion through USDA and U.S. Department of Commerce programs, developing markets, and employment protections. If left unresolved, these unnecessary hurdles could suppress the growth of the hemp industry that is projected to increase at 32 percent annually through 2027 as our nation moves toward more environmental and health conscious products.

Additionally, full legalization would help resolve conflicts between federal and state laws as it pertains to medical and adult use cannabis. The $13.6 billion state-legal marijuana industry in the U.S. currently supports more than a quarter-million jobs, with the global legal marijuana economy expected to reach nearly $74 billion in the next several years. Additionally, continued marijuana criminalization demands billions in social, economic, and criminal justice costs, while forgoing billions in potential tax revenue. That is why I have called for federally legalizing marijuana for adult use following nearly a century of unnecessary prohibition, having strongly supported federal cannabis reform legislation including the Marijuana Opportunity Reinvestment and Expungement (MORE) Act and the Secure and Fair Enforcement (SAFE) Banking Act that were passed by the U.S. House of Representatives. I am hopeful that with your leadership, we will see the Senate also take action to address cannabis reform.

Please find enclosed below technical comments from FDACS Director of Cannabis Holly Bell and FDACS Director of Food Safety Dr. Matthew Curran related to the Cannabis Administration and Opportunity Act discussion draft and its potential impact on our state’s hemp industry. In particular, we want to bring your attention to the importance of hemp being classified as a food additive by the U.S. Food and Drug Administration.

Know that we at FDACS stand ready to provide any assistance as you move forward on long overdue and urgently needed cannabis reform legislation.

Nikki Fried: UF Presidential Search Must be Nonpartisan and Transparent