“I am proud of the continued work of our ag law enforcement officers who daily strive to protect Florida consumers and our agriculture industry from theft, threats, and other crimes. Designation as an Excelsior Agency is a testament to their high level of service and demonstrates a long-term commitment to law enforcement standards,” said Fried.

CFA conducts re-accreditation assessments every three years to verify agencies are compliant with the vigorous standards of accreditation. The process includes an assessment of written policies and protocols, in-person interviews, and a physical inspection of facilities. Accreditation demonstrates a commitment to the highest standards of law enforcement and professionalism, including a focus on greater cooperation between citizens and law enforcement. Excelsior status is awarded to any office that successfully maintains accreditation across five inspections without condition. FDACS OALE was first accredited in 2007, followed by the OIG in 2010, making the office eligible for Excelsior status in 2025.

FDACS Office of Agricultural Law Enforcement (OALE) enforces laws governing businesses regulated by FDACS, protecting consumers from unfair and deceptive trade practices, protect Florida’s agriculture industry from theft and other crimes, and safeguard the wholesomeness of food and other consumer products. FDACS OALE operates 23 agricultural inspection stations on 19 highways going into and out of Florida. Officers conduct vehicle inspections 24 hours a day, 365 days a year to ensure the safety of Florida’s food supply. Officers are on the lookout for unsafe or unwholesome food that could make people sick, and plant and animal pests and diseases that could harm the state’s $100 billion agriculture industry. OALE also investigates crimes involving agriculture and those occurring on property owned or operated by FDACS and maintains domestic security, participating in all seven regional Domestic Security Task Forces statewide. 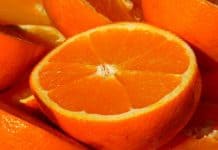