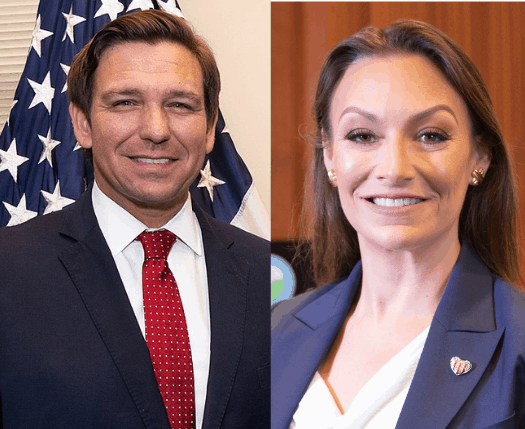 This week, Gov. Ron DeSantis announced his intent to appoint Shawn Hamilton as secretary of the Florida Department of Environmental Protection (DEP).

But state Agriculture Commissioner Nikki Fried, who is running for the Democratic nomination to challenge DeSantis next year, insisted the appointment is illegal.

“As I reminded the governor in June, he lacks the legal authority to unilaterally make this appointment. State law is very clear – it requires the unanimous approval of the Cabinet, in addition to confirmation by the Florida Senate. I’ve met with Interim Secretary Hamilton, have asked him tough questions, and he would break a glass ceiling as the first African-American secretary of the agency – my quarrel is not with him. I told the governor that he’s going to have to deal with me and our fellow Cabinet members if he wants this appointment approved, and nothing has changed since then,” Fried said.

Fried wrote DeSantis a letter which reads as follows:

It has come to my attention that you today announced your intent to appoint Interim Secretary Shawn Hamilton to serve as Secretary of the Florida Department of Environmental Protection. I will remind you that you lack the legal authority to unilaterally make this appointment.

As I noted in the June 15, 2021 meeting of the Florida Cabinet, the law is very clear – three Cabinet members must concur with your appointment, in addition to confirmation by the Florida Senate. I will refer you to Section 20.255(1), Florida Statutes, which reads in part:

The head of the Department of Environmental Protection shall be a secretary, who shall be appointed by the Governor, with the concurrence of three members of the Cabinet. The secretary shall be confirmed by the Florida Senate.

Instead of submitting an appointment in good faith to the Cabinet for a public interview and vote, you chose in June to defensively inject uncertainty into a matter on which state law is clear – just as you choose now to disobey the law and your executive responsibility.

I have met with Interim Secretary Hamilton, and I have asked him difficult questions about the environmental challenges facing Florida – including DEP’s failures at Piney Point. I believe him to be a good man and public servant, and he would break a glass ceiling as the first African-American secretary of this agency. My quarrel is not with him.

This appointment requires unanimous confirmation by the Florida Cabinet. As I said in June, you’re going to have to deal with me and our fellow Cabinet members, if you want this appointment to be approved. Nothing has changed in that time, except the alarming increase in your disregard for our state’s laws and the shared governance of the Cabinet, unique among American states.

Given the red tide environmental and public health emergency, given the serious issues facing over two dozen phosphogypsum stacks like Piney Point, and given DEP’s direct enforcement on thousands of BMP cases my agency has referred, circumventing the appropriate process belittles the urgency of the crises facing our state.

I expect you will bring forth this appointment, legally and in full transparency, at the next scheduled meeting of the Florida Cabinet.