After meeting with Miami Mayor Francis Suarez earlier in the year, a possible Republican presidential candidate in 2024 continued to focus on South Florida this week.

Through her Stand for America PAC, former U.S. Amb. to the UN Nikki Haley announced she was backing U.S. Rep. Maria Elvira Salazar, R-Fla., for a second term.

“Maria knows what’s at stake as Democrats make socialism mainstream,” said Haley. “The proud daughter of parents who fled Communist Cuba, she’ll never back down when our freedoms are under attack. She’s taken on some of the world’s most brutal dictators—like Castro and Maduro—and she’s not afraid to take on AOC and the squad. Maria knows just how blessed we are to be Americans and I’m proud to endorse her.”

Salazar is a top target for Democrats after she beat U.S. Rep. Donna Shalala, D-Fla.,  in 2020.  While the seat will be impacted by redistricting, Shalala could run again in 2022. Other possible Democratic hopefuls include state Rep. Nick Duran and former U.S. Rep. Debbie Mucarsel-Powell, D-Fla., who could also seek a rematch with U.S. Rep. Carlos Gimenez, R-Fla., who defeated her last year.

Haley was elected as governor of South Carolina in 2010, winning reelection four years later. Then-President Donald Trump selected her to be the ambassador to the UN at the start of his presidency. Haley served in that position for two years, leaving that post at the end of 2018. 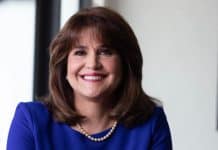