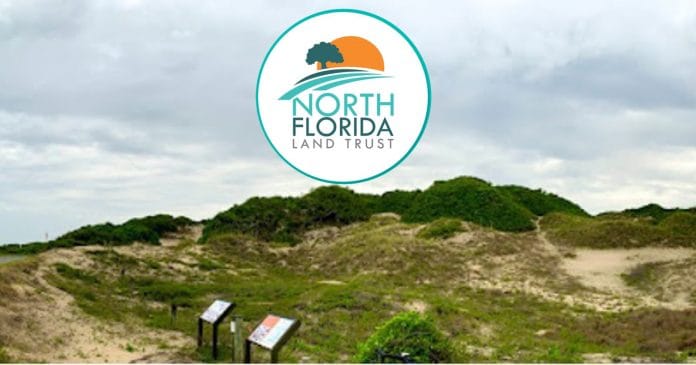 The North Florida Land Trust (NFLT) announced at the end of last week that they have raised the money needed to pay off a loan used to purchase a portion of the Little NaNa Dune System in historic American Beach.

They raised the remaining $150,000 from an anonymous donor that was needed to pay back a $1.305 loan taken out to purchase three parcels that were in danger of development. The recent donation, combined with $500,000 from another anonymous donor, a challenge grant from the Delores Barr Weaver Fund, and donations from the community through the Amelia Forever Campaign and the American Beach Task Force will protect this portion of the natural landscape.

“This really was a team effort to save this important piece of land which has environmental importance as well as historic and cultural importance,” said Jim McCarthy, the president of NFLT. “We are grateful to the members of our Amelia Forever Committee and the American Beach Task Force who have worked and continue to work alongside us to preserve natural spaces throughout Amelia Island. We also want to thank our generous anonymous donors and the Delores Barr Weaver Fund who consistently contribute to conservation.”

The Little NaNa Dune System is an important habitat for wildlife including gopher tortoises and migrating birds. The 1.55 acres that were protected are adjacent to the larger 8.5-acre NaNa Dune which is the tallest dune in Florida. NaNa Dune became part of the National Park Service’s Timucuan Ecological and Historic Preserve in 2004. Both dune systems are an important part of historic American Beach which was founded in 1935 to give African Americans access to a beach during the days of segregation. In 2002, the original beach property was added to the U.S. National Register of Historic Places. The American Beach Museum opened in 2014.

NFLT established the Amelia Forever Campaign in 2019 to preserve the remaining natural spaces on Amelia Island.

North Florida Land Trust is a not-for-profit organization that seeks to protect the natural resources, historic places and working lands (farms and ranches) throughout north Florida. Founded in 1999, NFLT has preserved tens of thousands of acres of land through donation or purchase of land as well as conservation easements. 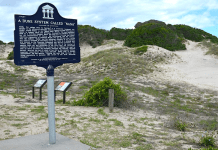 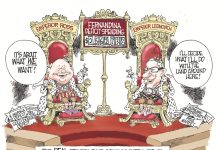