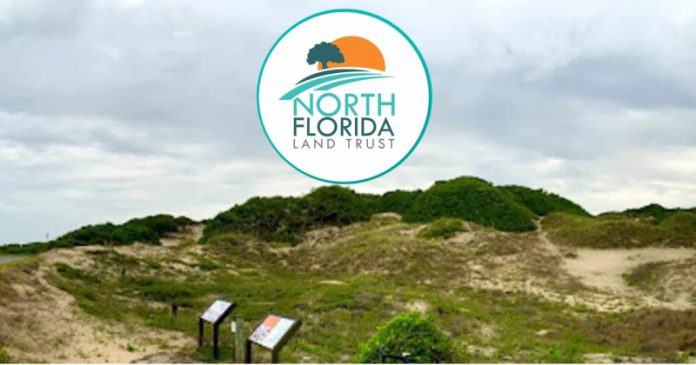 After eight years as president of the North Florida Land Trust (NFLT), Jim McCarthy announced on Wednesday that he is stepping down from that post at the end of August.

“Finishing law school this year caused me to look at things a bit differently. While it was directly applicable to my role at the land trust, this is the time for me to step away and take on some different challenges. We have accomplished a great deal and I am proud of that,” said McCarthy.

“I have had the chance to build and work with two incredible teams: one pre-pandemic and one post. We have accomplished much and there is much more to be done. It has truly been the highlight of my career. I am in good health and have plenty of energy, so this is the perfect time for me to explore new endeavors. I am excited about where this may take me, and now is the time for me to focus on other areas of interest,” McCarthy added.

McCarthy will continue to consult with NFLT for six months after he steps down on August 31.

“Since joining the land trust in 2014, McCarthy has grown NFLT from an organization of 2.5 employees to 14 and boosted its operating budget from $233,000 to $2.5 million in 2022. In addition, during that time, NFLT has secured $46,442,131 in federal, state, foundation, and individual funding to protect property through conservation. Each year NFLT has increased its net worth growing from $8.8 million in 2014 to $17.9 million through 2021,” the group noted.

Former Jacksonville Mayor John Delaney, the chairman of the NFLT board, praised McCarthy on Wednesday.

“We are very grateful to Jim for his leadership. Our growth can be directly attributed to his relationships with key decision and policy makers. He has been the face of NFLT for the past eight years. We look forward to continuing to work with him through the transition and wish him all the best in his next venture,” Delaney said.