Look for a new area code to come to the Florida Panhandle and the Big Bend in the near future.

On Friday, the Florida Public Service Commission (PSC) will host a workshop in Tallahassee on new phone numbers in North Florida. New phone numbers in the current 850 area code, which includes Northwest Florida, are expected to be in short supply by early 2022.

“The public is invited to attend the workshop and comment on the 850 area code relief plan,” the PSC noted about its meeting at the end of this week. “Several proposals for relief will be discussed, including the industry recommended ‘all-services overlay’ plan. The ‘all-services overlay’ plan would assign an additional area code to the same geographic region as the existing 850 area code. Each proposal will require ten-digit dialing for all calls, but existing customers will retain their current phone numbers.

“The PSC has been delegated authority by the Federal Communications Commission to resolve matters involving the implementation of new area codes, subject to federal regulations. After the PSC reviews and approves the relief plan, and an order is issued by the Commission, the North American Numbering Plan Administration (NANPA) assigns an area code,” the PSC added.

“NANPA is the neutral third-party administrator responsible for forecasting and planning for the exhaust of geographic area codes. An area code reaches ‘exhaust’ when nearly all of the telephone prefixes within that area code are assigned. Prefixes follow the area code and are the first three numbers of a customer’s local phone number,” the PSC continued. “NANPA works with telecommunications companies to devise a new area code plan when an area code approaches exhaust.”

NANPA started examining the issue earlier this year, holding a planning meeting on the matter back in May. The new area code is expected to be 448.

The 850 area code was launched back in the 1990s, mostly from numbers that had been included in the 904 area code. 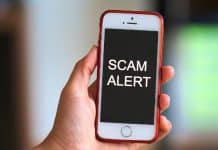