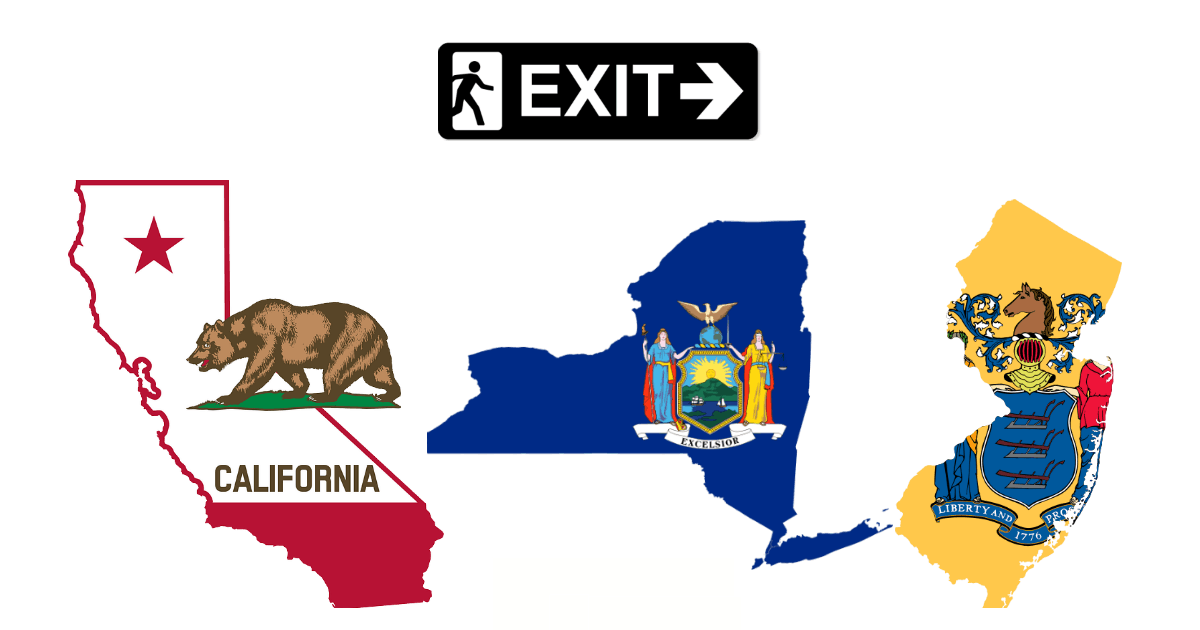 Is it any wonder the traffic down Route 1 along the eastern coast of Florida seems to get worse and worse all the time? Our state is a magnet for our fellow citizens fleeing high-tax states such as California, New Jersey, and New York.

Sure, Florida has always attracted plenty of snowbirds, but now that American taxpayers are no longer footing the bill for subsidies to states with sky-high tax rates, this is becoming a more attractive destination for full-time residents than ever before.

The Tax Cuts and Jobs Act, which the president shepherded through Congress in 2017, has been the single most significant contributor to Florida’s newfound prosperity, saving the average Floridian over $1,300 on his or her their federal income taxes last year and creating strong incentives for businesses to expand operations and create new jobs.

Under Donald Trump’s pro-growth economic agenda, Florida’s economy has been booming. Since the president took office, our GDP has crossed the trillion-dollar mark, the state unemployment rate has fallen to an incredibly low 3.5 percent, and people have begun flocking to our state in droves.

By capping the State and Local Tax (SALT) deduction, a federal tax credit that primarily benefits people who pay high state and local taxes, President Trump’s historic tax cuts also ushered in a new era of growth for Florida. Before the Trump administration’s landmark reforms, the SALT deduction incentivized high-tax states to continue their fiscal mismanagement, shifting part of the burden of high state and local taxes onto taxpayers in every other state.

Limiting the SALT deduction dramatically reduces the penalty for states with responsible tax regimes, while simultaneously making them more attractive destinations for residents of high-tax states who can no longer count on taxpayers elsewhere in the country to offset the high cost of their tax bills. States are in proper competition with one another again, which has been a huge boon to low-tax states such as ours.

With decreased federal subsidies, Americans in blue states such as New York are finally bearing the full cost of their outrageous state and local tax rates, and many taxpayers are deciding that it’s just not worth it. Florida, which boasts economic opportunities easily rivaling those of New York but imposes no state income tax, is an obvious destination for people fleeing tax-happy blue states. This is great news for us, offering a significant boost to economic growth.

State government economists anticipate that Florida will gain more than 330,000 new residents per year between 2018 and 2024, or more than 900 per day. As the Orlando Weekly mentions, that’s like adding a city the size of Orlando to the state every single year. Really, though, the situation is more analogous to adding the population of Riverside, California to this state on an annual basis.

That’s a lot of people, and they’re bringing their wealth and talents with them.

A recent study based on IRS data from 2016, before Trump’s tax cuts took effect, found that Florida gained more than $17 billion in Aggregated Gross Income from in-migration from other states, significantly more than any other state in the country. The influx of new residents resulting from the cap on SALT deductions will only increase that figure in future years.

Residents are fleeing high-tax states now that they’ve lost their subsidies from Florida and other fiscally responsible states. The snowbirds are coming home to roost permanently, but that’s not a bad thing — in fact, it’s tremendous news for Florida’s economy in the long run.