At the end of last week, U.S. Reps. Tony Cárdenas, D-Calif., and Gus Bilirakis, R-Fla., got their “Oral Health Literacy and Awareness Act” through the U.S. House Health Subcommittee.

Cárdenas, who has championed the proposal, brought the bill back in July with Bilirakis as a co-sponsor. The Health Subcommittee passed the bill without opposition.

“Oral health is a vital component of overall wellness that is too often overlooked. As with many aspects of healthcare, prevention is key to long-term health. Lack of good oral hygiene has been proven to exacerbate chronic health conditions and contributes to costly, yet preventable, emergency care,” said Bilirakis. “I am proud to be a part of this initiative to raise awareness about the proactive steps that can be taken to improve oral healthcare as I believe it will improve patient outcomes.”

“Millions of Americans often neglect their oral health without understanding the long-term effects on their overall physical health,” said Cárdenas. “This is not just a public health issue, it’s an economic one as well. Oral health illness result in tens of millions of lost workdays each year. Our bill focuses on educating vulnerable communities that often have higher than average oral health disease. By educating them on the importance of dental and oral hygiene, we hope to increase oral disease prevention and overall oral health care.”

The congressmen offered some of their reasons for why the bill is needed.

“According to findings from the U.S. Department of Health and Human Services (HHS), fewer than 49 percent of people used the oral health care system in 2020. Further, only 43.3 percent of children, adolescents and adults visited the dentist in 2016, which is less than the baseline set in 2007 (44.5 percent). Illnesses related to oral health have resulted in 6.1 million days of bed disability, 12.7 million days of restricted activity, and 20.5 million lost workdays each year, significantly impacting children, the elderly and other vulnerable populations. Tooth decay is the most common chronic illness among school-age youth, affecting roughly 1 in 4 children. In 2012, almost 1 in 5 Americans 65 and older had untreated cavities, and over 40 percent had gum disease. However, most oral health ailments can be avoided by increasing oral health literacy among all populations, with an emphasis on children to ensure they develop and maintain healthy habits into adulthood. Under the Oral Health Literacy and Awareness Act, HRSA will be directed to develop strategies that will advise us on the outcomes and effectiveness of targeted oral health literacy campaigns and will help inform future efforts to improve oral health literacy for all Americans,” Bilirakis’ office noted.

The bill now heads to the full U.S. House Energy and Commerce Committee but, so far, there is no companion measure over in the U.S. Senate. 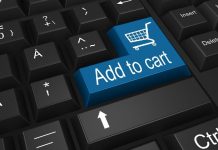 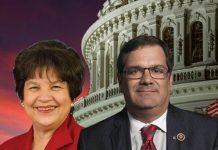