Orange County Republicans scored a major victory when the Florida Supreme Court upheld a charter question from 2014 that made the elections for constitutional officers in Orange County non-partisan.

With the exception of the supervisor of elections, Orange County officers–all Democrats–sued the county to have that ballot question ruled as unconstitutional. The county officers took the case all the way to the Florida Supreme Court, insisting elections are regulated by the state, not local governments. They won the battle in a lower court and the 5th District Court of Appeals.

Then Orange County Mayor Teresa Jacobs decided to appeal to the Florida Supreme Court where the rulings were overturned by a 4-3 vote.

Orange County Tax Collector Scott Randolph, a Democrat, was against the decision.

“If Governor DeSantis is looking for the active definition of an activist decision, I think he just found it,” Randolph said.

The Court ruled Orange County can hold non-partisan elections for its county offices because Article VIII of the Florida Constitution notes counties “shall have all powers of local self-government not inconsistent with general law.”

Randolph insists this ruling this violates an entire section of Florida statutes.

“The court has created an election code that just doesn’t exist in state law,” he said.

Now the elections for these offices will have to be held in November and Randolph believes this creates a huge dilemma if a candidate does not get 50 percent plus one of the vote.

He portrayed the decision as “log rolling” since term limits were also a part of the 2014 ballot question, claiming this was all a Republican effort to stop the massive losses they’ve faced in partisan elections in Orange County.

“There is no doubt Orange County has become much more blue over the past decade, and this was their attempt to hold on to power,” Randolph said.

Jacobs was a proponent of this amendment. Though a Republican, she was overwhelmingly elected twice as mayor in non-partisan races. Last year, she won the race for school board chair in what was also a non-partisan race.

After the ruling, Jacobs praised the decision.

“Today is a great day for Orange County voters and voters across the state who believe that they should be able to decide how local county constitutional officers are elected,” she said.

A vast majority–71 percent–of Orange County voters approved the measure in 2014. While the Florida Supreme Court ruled on this case and it is now settled, the fight may continue. Randolph believes when voters across the state passed Amendment 10 in November, it preempted many of the rules that allowed this charter change and the court battle that followed. To challenge the charter again, a registered voter would have to sue and proved they were harmed. A plaintiff for that effort has not been found yet. Randolph says he will not be a party if a new lawsuit is filed. 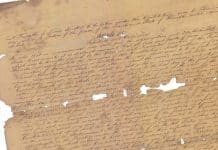 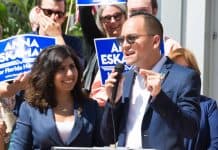