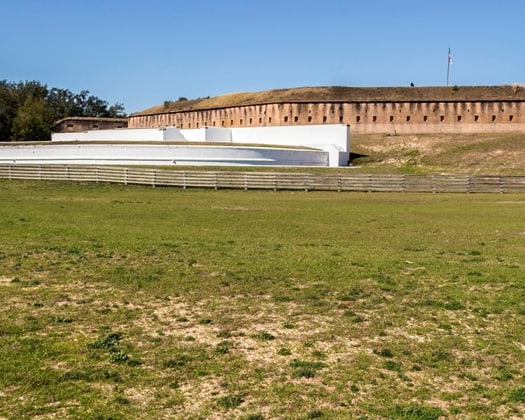 “The new listings join nearly 700 other sites, programs, and facilities in the network that honor, preserve, and promote the history of resistance to enslavement through escape and flight,” the Interior Department noted on Friday.

“Today’s announcement reminds us of the dark pages in our history books, but also highlights the incredible strength and resilience of Black communities,” said Haaland. “We need to look no further than the news of this week to know that our work is not done and commit ourselves to real progress. To do that, we must start by recognizing the history that brought us here.”

One of the sites included was in Pensacola with the Interior Department adding “the Barrancas at Gulf Islands…where freedom seekers and others joined the U.S. Army during the Civil War.

“The Network to Freedom Program is dedicated to amplifying diverse histories and providing a platform to convey a more complete history of our country,” said Lowe.

“The Barrancas preserves powerful and emotional stories related to Underground Railroad, including that of a freedom seeker named Henry who, though previously captured, tortured and forced to wear an iron bar riveted tightly around his ankle, persevered and traveled about 100 miles to find freedom,” said Rosiecki.

“The Underground Railroad Network to Freedom Program is a catalyst for innovation, partnerships, and scholarship that connects and shares the diverse legacy of the Underground Railroad across boundaries and generations. It coordinates preservation and education efforts nationwide and integrates local historical places, museums, and interpretive programs associated with the Underground Railroad into a mosaic of community, regional, and national stories,” the Interior Department noted. “There are now 682 listings in 39 states, Washington, D.C., and the U.S. Virgin Islands in the Network. Each one provides insight into the diverse experiences of freedom seekers who bravely escaped slavery, and their allies.”