With reports about vetting failures in the leadup to the terrorist attack at Naval Air Station Pensacola in December, U.S. Sen. Rick Scott, R-Fla., doubled down on his “Secure U.S. Bases Act.”

“The Secure U.S. Bases Act requires a thorough vetting process before a foreign student enters the U.S.; creates a special, limited visa for foreign students; and establishes a review process so that DOD is not operating training programs in the U.S. that would be better operated abroad,” Scott’s office noted.

The terrorist behind the December attack was a lieutenant in the Saudi Arabian Air Force who was training at NAS Pensacola. Back in May,  reports emerged that the terrorist was in contact with a suspected al Qaeda operative.

“The safety and security of American men and women in uniform is always a priority for me, and it should be a priority of our entire government. The tragic terrorist attack in Pensacola last year revealed an unnecessary risk. This terrorist should never have been allowed in our country, let alone on an American military base with easy access to American military men and women. The Secure U.S. Bases Act will make sure foreign military students training at U.S. bases are thoroughly vetted and monitored, and that our troops are protected and never have to experience a tragedy like this again,” Scott said when he unveiled the proposal.

“Foreign military programs have valuable benefits—providing our partners around the world the opportunity to train and learn from the best here in the U.S.—but the tragic events at Pensacola underscore the unacceptable shortfalls in our security standards and vetting procedures. We must do more to protect our military personnel and ensure the security of our facilities. This bill addresses those shortfalls—creating a more thorough vetting and monitoring process that keeps our servicemembers and military bases secure and safe,” Ernst said.

The bill would create a new visa category for foreign military students training on American bases and will ensure they do not have firearms except when training. Foreign nationals must have the clearance and endorsement of their country’s intelligence leaders to be considered to train on American bases. “The U.S. Director of National Intelligence will be responsible for the final decision on whether to admit an applicant into the program,” Scott’s office noted.

Scott’s bill was sent to the U.S. Senate Judiciary Committee but was rolled into the National Defense Authorization Act (NDAA).

On Tuesday, Scott urged the Senate to pass his proposal.

“Recent reports show a lack of vetting at multiple levels, in both Saudi Arabia and the U.S., that led to the tragic attack at NAS Pensacola,” Scott said. “This terrorist should never have been allowed in our country, let alone on an American military base with easy access to American military men and women. I’m calling on my colleagues to eliminate this unnecessary risk by quickly passing my Secure U.S. Bases Act, which is included in the NDAA, to make sure foreign military students training at U.S. bases are thoroughly vetted and monitored. This important step will help make sure our troops, their families and surrounding communities are protected and never have to experience a tragedy like the one that occurred at NAS Pensacola again.”

Waltz’s bill is before the U.S. House Judiciary and the Armed Services Committees. 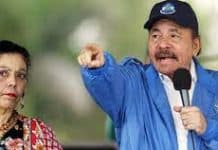 Rick Scott Wants a Committee to Investigate Withdrawal of U.S. Forces From Afghanistan 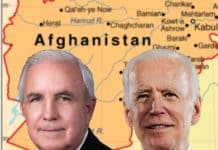