Don’t count on a blue wave just yet.

While the generic ballot favors the Democrats, not all is lost for the Republicans. The same poll shows Republicans are starting to come alive and close the enthusiasm gap that has been favoring the Democrats. In fact, the poll shows it’s almost even.

David Williams, the president of the Taxpayers Protection Alliance, insists this benefits the GOP, telling Florida Daily that seniors across the nation will back the Republicans.

On the other hand, only 37 percent of independents and 35 percent of voters under age 35 are following the elections closely. Since 2008, Democrats have enjoyed the support of Millennials. Pointing to the low interest from younger voters, Williams told Florida Daily that this may not be good for the Democrats. He also noted that Trump did exceptionally well with voters outside the major parties and, if Florida Republicans want to win, they will need independents to come out and back the GOP.

GOP pollster Jim Hobart sees it differently. Hobart told The Hill that, if independents show up this election year, the numbers show they may lean towards the Democrats.

“Around Election Day, base Republicans and base Democrats, they’re going to be at similar enthusiasm levels. Where the difference comes is among soft-partisans and independents,” Hobart told The Hill.

According to Hobart, soft partisans–Democrats and Republicans alike–are voters who don’t always vote in the midterm elections.

Hobart says that if the soft partisans show up, it will be for the Democrats.

“I think the evidence points to Democrats being more fired up right now,” Hobart said. 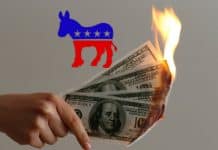 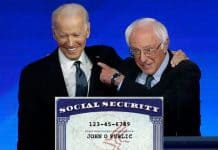