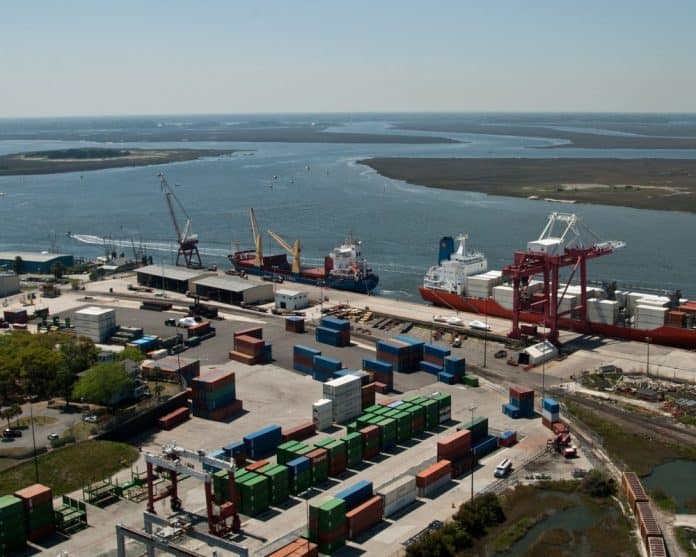 The Port of Fernandina has been named to the U.S. Department of Transportation’s (DOT) American Marine Highway which will help keep trucks off the roads and onto the waterways.

The designation, which U.S. Transportation Sec. Elaine Chao announced last week, also opens the door to more federal funds for the port which handled almost 300,000 tons of cargo last year with that number expected to be doubled this year.

“The designation of marine highways by Congress will help move cargo and people to help grow the economy and shift freight off of congested highways,” Chao said, noting that there are $7 million for ports included in the American Marine Highway.

U.S. Rep. John Rutherford, R-Fla., who sits on the U.S. House Appropriations Committee, supported including the port as part of the program.

“The port of Fernandina plays a crucial role in the economic development of Northeast Florida and spurs our reputation as a logistics hub of the Eastern Seaboard. By designating the port as part of the America’s Marine Highway Program, the U.S. Department of Transportation provides Fernandina Beach the tools they need to build on the incredible growth seen in recent years and to ease traffic congestion throughout the region. I thank Secretary Chao for her leadership and commitment to America’s seaports,” Rutherford said last week.

“There is a major market opportunity for short-sea shipping, by diverting containers that typically move by truck and putting them on barges instead,” Ragucci said. “Fernandina’s marine highway route along, M-95, could ultimately connect Fernandina by sea to Jacksonville, Savannah and Charleston and beyond.

“These connections with surrounding hub-ports will enable users of Fernandina to connect with virtually every other port in the world through the large shipping lines calling at these other ports, while at the same time, taking a significant number of trucks off the road,” he added.

“As trucking congestion continues to grow, it’s becoming obvious that our strategic location and on-dock rail system can offer more reliable and cost-effective opportunities when combined with our proposed container-on-barge service,” DiBella said. “It’s only a matter of time before a hub and spoke model similar to that of airports will become commonplace among seaports, and we are proud to be at the forefront of this environmentally sustainable effort.”

Back in March, U.S. Commerce Sec. Wilbur Ross showcase the port which has expanded in recent months, including $15 million in modernization efforts.  Earlier this year, the port started monthly vessel service with Netherlands based SDW Shipping. The port insists this service will dramatically expand its connections to Europe, Central and South America.