Last week, state Rep. Chip LaMarca, R-Lighthouse Point, filed a bill to set up a statewide climate change office to lead the charge on the impacts of major climate-related issues.

The legislation would set up the Office of Resiliency, which would under the governor, and establish a nine-member Sea Level Rise Task Force. State Sen. Ray Rodrigues, R-Estero, filed the legislation in the Florida Senate earlier in the month.

“Climate change is an issue that has been a priority for me since my days in local government, and I’m proud to partner with Sen. Rodrigues on this legislation. Climate change isn’t a tomorrow issue, it’s a right now issue. Banning offshore drilling, investing in shore protection and beach renourishment projects, and supporting clean energy solutions are important, but we need smarter investment so that we can develop science-based solutions to this growing problem. Resiliency is a climate issue, it’s an environmental issue, and it’s a financial issue. It’s time that Florida becomes a leader on climate change,” LaMarca said on Thursday.

“I’m grateful to have a partner in Rep. LaMarca who, like me, has been a tireless champion on the environment. Together, we can address the emerging threat of flooding in our great state and become a leader for resiliency. Flooding not only impacts our beautiful natural resources but also our property values and our tourism economy,” Rodrigues said.

The bill will establish a statewide Sea-Level Rise Task Force under the Office of Resiliency established within the Executive Office of the Governor. The purpose of the task force is to recommend consensus projections of the anticipated sea-level rise and flooding impacts along this state’s coastline.

The task force will develop official scientific information, from appropriate sources as determined by the task force in order to make recommendations on consensus baseline projections of the expected rise in sea level on the state’s coastline for planning horizons. By January 1, 2022, the task force shall submit its recommended projections to the Environmental Regulation Commission. If the task force’s projections are adopted by the commission, they will serve as the state’s official estimate of sea-level rise and flooding impacts to develop future state plans and programs.

The Chief Resilience Officer of Florida shall convene the task force by no later than October 1, 2021. The task force will be comprised of the following members: 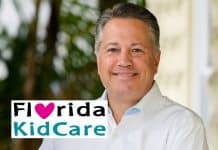 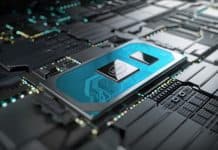