After working in telecommunications, Edwards founded the Paving the Way Foundation where she currently serves as a president. The foundation looks to fight child trafficking in Florida and at the international level.

In launching her bid on Tuesday, Edwards stressed her work for the foundation which included her writing co-directing and producing “Trapped in the Trade,”  a film showcased on CNN.

“Many people say you can’t get anything done in Washington, yet I’m fighting one of the most difficult battles in the human rights arena, in ending child trafficking, making an impact and continue to be undaunted,” said Edwards. “I will bring that same passion, commitment and tenacity to Washington on behalf of the voters and I’m confident we’ll get things done.”

As she launched her campaign, her team stressed her Native American heritage and the new candidate’s commitment “to protect vulnerable populations” and her goals to “improve the nation’s economy, while advancing the middle-class; increase access to affordable, quality health care; and bring practical, real-world solutions to the vast issues facing our nation.”

First elected to Congress in 2016 when she defeated longtime U.S. Rep. John Mica, R-Fla., Murphy has grown increasingly prominent during her second term in Congress, including being named to the leadership of the Blue Dog Coalition and claiming a seat on the U.S. House Ways and Means Committee.

The race here has the potential to be one of the most competitive congressional races in Florida. This is a swing district which includes all of Seminole County and parts of Orange County but Murphy impressively handled then-state Rep. Mike Miller in 2018, beating that Republican 58 percent to 42 percent. As of last year, 36 percent of the district were registered Democrats and 34 percent were registered Republicans. Democrat Hillary Clinton took 51 percent in the district in 2016 while Republican Donald Trump pulled 44 percent. 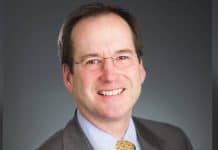