The Florida Civics and Debate Initiative (FCDI) has opened the application process for schools to participate in the initiative’s second phase, which begins in the 2021-2022 school year.

Currently, the program is active in 30 Florida school districts, with 59 participating schools and more than 1,300 student competitors. The goal is to expand the program to 50 districts at 100 new middle and high schools to elevate civic knowledge, skills and disposition for middle and high school students through speech and debate by developing competitive speech and debate teams.

“The Florida Civics and Debate Initiative supports student confidence, resiliency and academic success while building great citizens,” said state Commissioner of Education Richard Corcoran on Tuesday. “Our goal is to bring the initiative to an additional 20 Florida school districts next year and I am thrilled it is expanding to provide more opportunities to Florida students.”

Under Gov. Ron DeSantis’ leadership, Florida continues to make civic literacy a priority, having recently announced a Civics Literacy Excellence Initiative that builds on the success of the FCDI, emphasizing the development and support of high-quality civics education and rewarding Florida teachers who participate.

“Debate is a team sport that helps students develop problem solving, communication, teamwork and critical thinking skills,” said Florida Civics and Debate Initiative Director Beth Eskin. “It is rewarding to watch students grow their confidence and see dedicated coaches and volunteers who are passionate about bringing these important life skills to fruition. As we move into Phase Two, I am excited to help the Florida Civics and Debate Initiative implement its mission.”

The Florida Civics and Debate Initiative’s mission is to create access and opportunities for all students to have the best civics education including curriculum, debate programs and high-quality teachers that are catalysts for students becoming great citizens who can preserve our constitutional republic for future generations. It introduces students to real-world issues and allows them to participate in the democratic process.

The Florida Civics and Debate Initiative (FCDI) is part of a multi-year, $5 million grant from the Marcus Foundation, Inc., to elevate civic knowledge, civic skills and civic disposition for middle and high school students through speech and debate.

In June 2020, the FDCI announced 59 schools, representing 30 districts in Florida, chosen to participate in Phase One. Following this initial phase, the initiative will expand into all Florida school districts by 2023, aiming to increase access for all students to participate in speech and debate programs, regardless of where they live, socio-economic status or background. 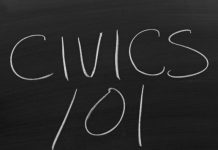 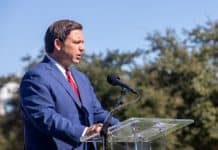