At the end of last week, the two U.S. senators in charge of the U.S. Senate Homeland Security and Governmental Affairs Committee announced subcommittee assignments.

U.S. Sen. Rick Scott, R-Fla., will serve on the U.S. Senate Permanent Subcommittee on Investigations (PSI) and the Subcommittee on Emerging Threats and Spending Oversight.

Scott weighed in on his assignments on Friday.

“I’m proud to continue serving on the Homeland Security and Governmental Affairs Committee, including on the Permanent Subcommittee on Investigations and the Subcommittee on Emerging Threats and Spending Oversight. I look forward to continuing our work to protect our nation from foreign and domestic threats and to reform Washington so that every taxpayer dollar spent gets a return on investment for Americans,” Scott said. 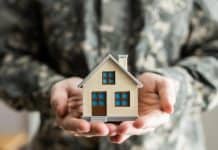