“Peaceful protesters are being subjected to state-sponsored oppression, violence, and human rights abuses for demonstrating in support of a democratic future for Hong Kong,” Merkley said. “The U.S. should never be complicit in police violence against pro-democracy protests. As we support the voices calling for democratic reforms in Hong Kong, it’s time to ban the export of U.S.-made police equipment to Hong Kong.”

“Earlier this month, I traveled to Hong Kong to meet with protestors who are fighting every day for the basic human rights that are being denied to them by President Xi of Communist China. I heard terrible stories of police brutality, imprisonment and intimidation, and was horrified to learn about the inhumane crowd control tools used to silence protestors. We as Americans must stand up for human rights and American companies should stop supplying crowd control tools to Hong Kong authorities, who are doing the work of Communist China,” Scott said.

Earlier this month, Scott wrote the president of NonLethal Technologies, Inc. requesting a meeting after learning that the company has provided the Hong Kong police with tear gas that is now being used against protesters and called on the company to stop those sales. 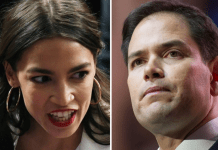