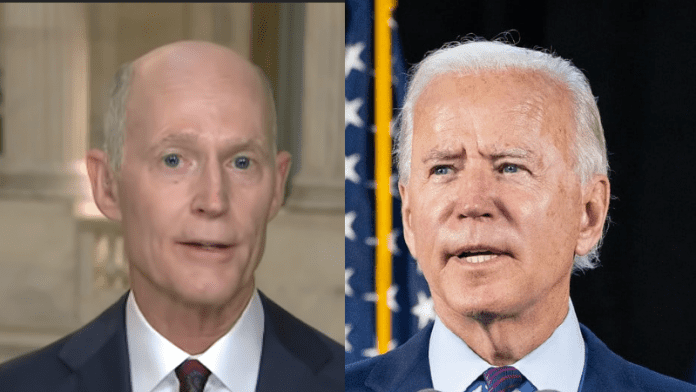 This week, U.S. Sen. Rick Scott, R-Fla., sent a letter to President Joe Biden calling on him to deny visas for Nicolas Maduro, Miguel Díaz-Canel, Daniel Ortega and their representatives to attend the United Nations General Assembly in September.

I write to urge you to deny visas for Miguel Díaz-Canel, Daniel Ortega, Nicolás Maduro, and their respective delegations to attend the United Nations General Assembly meetings in New York City next month. These oppressive dictators and their regimes engage in activity that continues to threaten the stability of Latin America and the national security of the United States.

Cuba is one of only four countries that the United States lists as a State Sponsor of Terrorism. As the head of the illegitimate communist Cuban regime, Miguel Díaz-Canel is responsible for Cuba’s willingness to harbor terrorists, including members of the National Liberation Army. Díaz-Canel and the regime have refused to support anti-terrorism measures and continue to harbor fugitives wanted by the United States, including a member of the Federal Bureau of Investigation’s Most Wanted Terrorists List.

Nicaraguans have been denied a legitimate chance to choose their national leader because Daniel Ortega spent most of last year imprisoning his political opponents. Your administration has recognized his most recent election to be fraudulent. And even before Ortega’s sham inauguration, your administration prohibited Ortega and all members of the Nicaraguan regime from entering the United States. It would be wrong to undermine your own policy for the sake of the United Nations General Assembly.

Similarly, the people of Venezuela remain united behind Juan Guaidó, the democratically-elected leader of Venezuela. Nicolás Maduro is a violent thug who starves his own citizens and colludes with terrorist groups in Iran, including Hezbollah. He is an illegitimate leader who has orchestrated fraudulent elections and worked to destabilize the region. Only two years ago, the U.S. Department of Justice (DOJ) issued a bounty of $15 million for Maduro and charged him with running Cártel de Los Soles, a narco-terrorism partnership with the Revolutionary Armed Forces of Colombia (FARC). According to the DOJ, Maduro: “…negotiated multi-ton shipments of FARC-produced cocaine; directed that the Cártel de Los Soles provide military-grade weapons to the FARC; coordinated foreign affairs with Honduras and other countries to facilitate large-scale drug trafficking; and solicited assistance from FARC leadership in training an unsanctioned militia group that functioned, in essence, as an armed forces unit for the Cártel de Los Soles.”

Unless the administration intends on arresting Maduro, he should not be allowed to enter the United States.

The U.S. must send a clear message of zero tolerance for these dictators’ oppression and human rights abuses. Allowing Díaz-Canel, Ortega, or Maduro—or their representatives—into the United States would afford them a legitimacy they have neither earned nor deserve. I implore you to stand up for freedom and democracy in Latin America and do the right thing to protect the security interests of the United States by denying entry to these three thugs and their cronies.