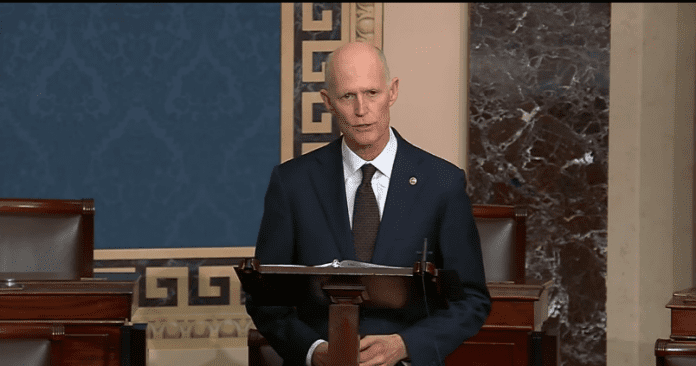 On Wednesday, U.S. Sen. Rick Scott, R-Fla., called on the Trump administration to place more sanctions on Cuba and Venezuela.

Scott wrote U.S. Sec. of State Mike Pompeo and U.S. Treasury Sec. Steven Mnuchin on the matter, urging them “to consider all options in the fight to begin a new day of freedom for Cuba and Venezuela” which includes “stronger sanctions on Cuba, Venezuela and their allies as the United States works to spread democracy in Latin America and across the globe.” In the letter, Scott showcased his record in Tallahassee to push back against the Cuban and the Venezuelan regimes.

“As Americans, we understand the value and importance of freedom in our everyday lives, and it is our duty to support and stand up for those who are oppressed by dictators and denied the right to live their lives freely. During my time as governor of Florida, I stood in direct opposition to ruthless dictators like Castro and Maduro, and will continue to fight as senator to begin a new day of freedom for Cuba and Venezuela,” Scott wrote.

“I appreciate the administration’s recent moves to reverse President Obama’s failed appeasement policies on Cuba and to support the legitimate constitutional government of the Venezuelan National Assembly President Juan Guaidó. But, more must continue to be done,” Scott wrote.

“As you know, the most effective way to weaken these dictatorships is to cut off the revenues they use to hold on to power. The political oppression and human rights violations—and the maintenance of power by the dictators—are made possible because the regimes’ access to financial support. We must continue to do everything in our power to cut these regimes off financially.

“I urge the administration to make full use of the president’s sanctioning powers, and with regard to Cuba, the authorities the president has under the Libertad Act to put an end to the illegal use of stolen property by the Cuban government and its allies and supporters. I am interested to know what comes next now that the administration has offered 45 days instead of yet another six-month waiver of the sanctions under the Libertad Act. We have made great strides, but I urge the administration to go further and revoke the licenses of those doing business with stolen property, whether it be cruise lines, port use, or commercial products,” Scott added.  “Moreover, I urge you to conduct a top-to-bottom review of all OFAC licenses issued by the Obama administration to determine whether they are consistent with the president’s policies on Cuba.

“The United States can work to support economic and political liberty for the Cuban people if we follow our laws and cut off the Cuban government’s revenue streams,” Scott insisted. “The Departments of the Treasury, Commerce, and State must work together to revoke the licenses of those doing business with the regime, Cuban Communist Party figures, and the military. Ending the illegal economic activities of the regime is the best next step to establishing freedom and democracy in Cuba.”

Scott then turned his attention to the Maduro regime in Venezuela.

“With regard to Maduro dictatorship, I urge the United States to use the strongest sanctions possible. U.S. action should include sanctions on those doing business with Maduro instead of the constitutionally legitimate Guaidó government,” Scott wrote. “We should also sanction Venezuelans living in the United States and abroad who are benefitting from the use of stolen wealth through corruption and drug trafficking.  Such a move by the United States would put pressure on the Maduro regime’s military leaders to do the right thing and support the Guaidó administration. I am also hearing reports that other nations, some of them our allies, are reflagging ships carrying Venezuelan oil in order to get around our sanctions. I am interested to know if this is indeed the case and what is being done to stop this.

“I conclude by again noting my appreciation for the Trump administration’s moves against these dictatorships that disturb the peace of the hemisphere, threaten the United States, and have caused decades of suffering for their people,” Scott wrote in conclusion. “I look forward to working with you to better understand what we are doing at every level of your departments to bring freedom and democracy to Latin America.” 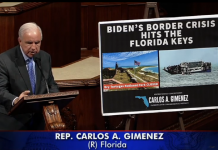