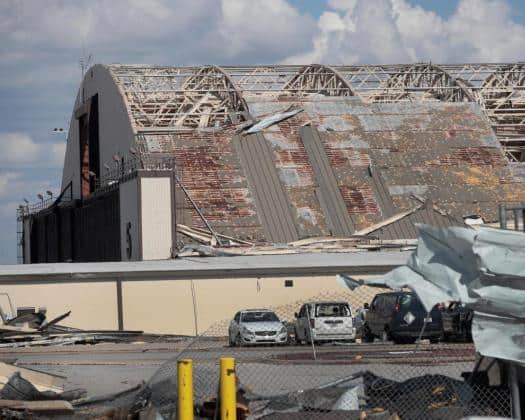 On Monday, U.S. Sen. Rick Scott, R-Fla., met with military leaders at Tyndall Air Force Base in Panama City and vowed to continue his fight to help the area which is still recovering from Hurricane Michael which hit the region in November.

Scott jabbed Democrats for not advancing disaster relief on Capitol Hill after the meeting.

“Our Panhandle communities have come a long way since the devastation of Hurricane Michael – but there is still a lot to do, especially when it comes to rebuilding Tyndall Air Force Base. As the Democrats in Congress continue to stall the passage of critical disaster relief funding, all construction to rebuild the base will have to stop on May 1st according to Air Force leadership. I don’t accept that. Instead of holding up disaster relief in Congress, Chuck Schumer and Nancy Pelosi should come down to the Panhandle and see the devastation first-hand,” Scott said.

“It’s time Democrats realize that military families – and our entire North Florida community – need this funding now so they can start rebuilding their lives. Our men and women in uniform deserve better, and I will never stop fighting for Tyndall,” Scott added.

In recent weeks, Scott, who sits on the U.S. Senate Armed Services Committee, has been focused on rebuilding Tyndall. Back in February, he wrote U.S. Air Force Secretary Heather Wilson on the matter.

After two terms as governor, Scott was first elected to the U.S. Senate last year.