Last week, U.S. Sen. Rick Scott, R-Fla., and U.S. Rep. Elise Stefanik, R – NY, led more than 100 of their colleagues in sending a letter to the Office of Inspector General for the Department of Homeland Security (DHS) to conduct a comprehensive review of the decisions by the Biden administration that have led to the current border crisis.

Scott and Stefanik have also recently introduced the “Upholding the Law at Our Border Act” in the Senate and House respectively, which requires the Inspector General of the Department of Homeland Security to investigate the vetting and processing of illegal aliens apprehended along the southwest border and to ensure that all laws are being upheld.

“Thanks to the Biden administration’s open border and amnesty policies, there have been over 2 million apprehensions at our southern border since he was elected, with virtually zero immigrant vetting process being enforced – Biden is laying out a welcome mat for human traffickers and savage cartels bringing drugs and crime to our communities, and blatantly ignoring U.S. laws and policies that are designed to keep America safe. Under the incompetent reign of Biden and Department of Homeland Security Secretary Alejandro Mayorkas, we have no idea how many illegal aliens have been released into our nation, we have no idea how many have been resettled and we have no idea where they are in our own country. The administration is either intentionally keeping local law enforcement and communities in the dark, or willfully breaking U.S. laws by letting unvetted aliens roam freely across America. We can’t allow them to continue recklessly ignoring U.S. law and putting families at risk. The Upholding the Law at Our Border Act, requires an immediate investigation to ensure the proper vetting and processing of anyone that comes into our country, and holds the administration accountable for its basic duty of upholding U.S. laws,” Scott said.

“When Joe Biden first took office one year ago, he paused deportations for millions of illegal immigrants and halted construction of the border wall. Since then, we have seen eight straight months of record-breaking illegal immigrant crossings and over 1.8 million apprehensions. Despite this catastrophe at our Southern Border, President Biden and House Democrats are pushing mass amnesty for millions of illegal immigrants. Border security is national security, and Joe Biden’s failure to secure our Southern Border has made all our communities less safe. It is time for Americans to know why this crisis is continuing, and I am proud to lead the push for answers,” Stefanik said.

In the letter, the lawmakers requested a full accounting of the 2021 crisis on the southern border, including a breakdown of illegal immigrants encountered, apprehended, and released into the United States, as well as DHS vetting procedures, involvement with nonprofit organizations (NPOs), and communications with the White House transition team regarding the consequences of undoing the former Trump administration’s immigration policies.

We write to request that the Office of Inspector General for the Department of Homeland Security (DHS) conduct a comprehensive review of the decisions by the Biden Administration that have led to the worst border crisis in United States history.

As you know, there is significant recent precedent for Inspectors General taking up requests from members of Congress on issues of great national attention relating to border security and immigration, regardless of whether the requesting members are in the majority party.[1] Continuing this precedent, regardless of partisan affiliation, is critical to the independence of the Office of Inspector General.

To date, the Biden Administration has not meaningfully complied with congressional oversight of the 2021 border crisis. This lack of information hinders Congress’ ability to effectively legislate solutions to both fix the immediate crisis and to ensure that political considerations do not outweigh national security in the future. The Inspector General is best positioned to provide such apolitical oversight and report to Congress such findings.

Congress and the American people deserve to know if the border crisis was preventable or even worse, intentional. As such, we request a comprehensive review and report of the crisis, related records, and where applicable, a written response to the following:

1. All information provided to the Biden transition team regarding the border, specifically what information was conveyed either in briefings, documents, or communications regarding the consequences of undoing the former Trump Administration’s immigration and border security measures;

2. A review of all internal communications between senior DHS appointees and White House officials regarding the consequences of undoing the former Trump Administration’s immigration policies;

3. A review and accounting of all meetings and communications between the Biden transition team and DHS political appointees and non-governmental organizations or advocacy groups regarding the revocation of the former Trump Administration’s immigration and border security policies;

4. A full accounting of the 2021 border crisis itself, to include:

a. The total number of illegal aliens who were processed and released into the interior;

b. The total number of parole grants;

c. The total number of illegal aliens who have been placed in removal proceedings including how many have been removed and how many are eligible for immigrant benefits;

d. The results of the audit of asylum applications;

e. The total number of illegal aliens who have been placed in expedited removal proceedings;

f. The total number of illegal aliens or otherwise inadmissible aliens encountered by DHS (at the points of entry (POEs) and in between the POEs), who were subsequently released into the U.S. regardless of the statutory authority utilized to allow the aliens entry into the U.S;

i. The total number of illegal aliens encountered/apprehended by the United States Border Patrol (USBP) illegally entering the U.S. who were subsequently released/brought into the U.S. (this includes any illegal alien released under a Notice to Appear (NTA), Notice to Return (NTR), or parole);

1. The total number of illegal aliens USBP directly released following apprehension/processing (meaning they were not transferred to another government agency prior to release);

a. Under what authority were they released into the U.S.;

b. The total number provided an NTR, NTA, or parole;

c. The total number enrolled in an Alternative to Detention (ADT) program prior to release;

2. The total number of illegal aliens transferred to the Department of Health and Human Services (HHS) or the Office of Refugee Resettlement (ORR);

3. The total number of illegal aliens transferred to Immigration and Customs Enforcement (ICE);

4. The total number of illegal aliens transferred to the United States Marshals Service (USMS) for prosecution;

ii. The total number of inadmissible aliens encountered at the POEs by the Office of Field Operation (OFO) who were subsequently released into the U.S. (this includes any inadmissible alien released under an NTA, NTR, ADT program, or parole);

1. Total number of illegal aliens the OFO directly released following encountering/processing (meaning they were not transferred to another government agency prior to release);

a. Under what authority were they released into the U.S.;

b. The total number provided an NTA, NTR, parole; and

c. The total number enrolled in an ADT program prior to release;

2. The total number of illegal aliens transferred to HHS/ORR;

3. The total number of illegal aliens transferred to ICE;

4. The total number of illegal aliens transferred to the USMS for prosecution;

g. The total number of unaccompanied minors (UACs) transferred from DHS to HHS/ORR;

i. The total number of UACs HHS/ORR who have been released to a sponsor in the U.S;

ii. The total number of UACs who remain in HHS/ORR custody who have not been placed with a U.S. based sponsor;

1. The location where these UACs are being housed;

h. A breakdown of all the states and counties where illegal aliens have been resettled;

5. A breakdown and description of activities for all non-governmental organizations which the Biden Administration has partnered with in providing resources for illegal aliens;

6. A breakdown of all money that has been provided to non-governmental organizations in 2021 to provide services to illegal aliens;

7. Records sufficient to describe what career officials advised political appointees would be the consequence of implementing or removing border security and immigration policies;

8. An accounting of all funding which DHS spent on soft-sided facilities and all costs to apprehend, process, care for, and resettle illegal aliens;

9. A breakdown of the total “got-aways,” including any criminal alien arrests and gang affiliations;

10. A breakdown of all vetting procedures used before releasing illegal aliens into the interior of the country;

11. The total number of deceased illegal aliens encountered; and

12. The total number of suspected victims of human trafficking encountered.

Thank you for your assistance in this important oversight matter. This information will be invaluable to the legislative function of Congress. 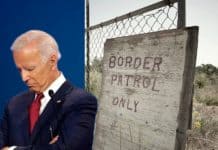