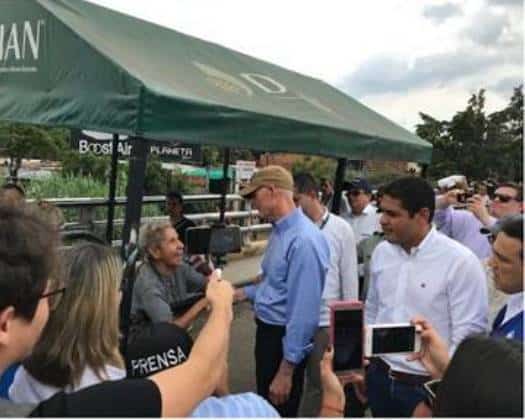 Continuing his trip to Latin America, U.S. Sen. Rick Scott, R-Fla., called on the European Union (EU) to cut their ties to Cuba even as many European countries continue to oppose the Maduro regime.

Scott noted that the United Kingdom, Germany, France, Spain, Austria, Croatia, the Czech Republic, Denmark, Estonia, Finland, Latvia, Lithuania, Luxembourg, the Netherlands, Poland, Portugal and Sweden all oppose the Maduro regime in Venezuela but continue to work with the communist regime in Cuba which backs Maduro.

On Tuesday, Scott weighed in on those nations and called on them to end ties with Cuba.

“Juan Guaido is the legitimate president of Venezuela, and I’m thankful for the numerous European nations that have recognized his leadership,” Scott said. “However, these are the same European countries that continue to support and do business with the Cuban regime – the most powerful force propping up Maduro as he starves and kills his own people in Venezuela.

“Chavez and Maduro kept the Cuban regime afloat for decades, and now Cuban operators are keeping the Maduro regime in power,” Scott added. “It is time for the international community to recognize that these problems are one and the same. Claiming to support freedom for Venezuela while also supporting Cuba is the height of hypocrisy. I’m calling on these nations to end the hypocrisy and cut off ties with Cuba. As we unite against dictators throughout the world, it is time for all countries to come to the table and act responsibly. I look forward to visiting Europe next month, where I hope to get an update on how the EU plans to support those fighting for freedom.” 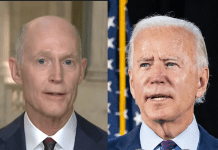