On Tuesday, the Congressional Management Foundation (CMF) announced that the office of U.S. Sen. Rick Scott, R-Fla., has been recognized with a Democracy Award for outstanding Constituent Services.

The CMF Democracy Awards recognize non-legislative achievement and performance in congressional offices, including the Constituent Service category to honor offices for their outstanding practices or achievements acting as ombudsmen with the federal government or responding to constituent requests and inquiries.

“My team and I work every day with one mission in mind: to make Washington work for Florida families. That’s the promise I ran on, and today’s recognition by the Congressional Management Foundation is proof that our amazing team, which operates across 10 offices in the state and in D.C., are getting good work done for the people of Florida. Florida is a unique state with a variety of cultures, languages, communities and needs, and our Constituent Services team goes above and beyond to connect Floridians with the services and resources they need from their federal government, keeping them informed and fighting to make taxpayers’ government work in their best interests. Our first three years have been filled with challenges – from dealing with a global pandemic to navigating a record inflation and supply chain crisis – but through it all, our team has been on the frontlines of our communities to help Floridians and make sure their needs are met. Representing hardworking Florida families is the greatest job in the world. We love what we do, and we are going to keep fighting every day to make a difference,” Scott said.

Bradford Fitch, the president and CEO of the Congressional Management Foundation, said, “As a Democracy Award winner, Sen. Scott’s office is clearly one of the best in Congress. This designation demonstrates that Sen. Scott has made a significant commitment to being the best public servant for his constituents in Florida. Sen. Scott and his staff are to be congratulated for not only being a model for his colleagues in Congress, but for helping to restore trust and faith that our democratic institutions can work.”

Among other noteworthy items, CMF included the following reasons for selecting Scott for an award:

“In 2021 alone, Constituent Services team members had more than 1,816,700 interactions regarding legislative issues, with more than 131,400 interactions occurring via phone. Additionally, the Casework Team processed more than 14,100 inquiries, including 3,695 cases with federal agencies. Even with this large volume, caseworkers addressed 90 percent of all new messages relating to casework with a federal agency within 48 hours. Lastly, to effectively communicate with Florida’s diverse population, for the past several years, Senator Scott has studied Spanish and now is proficient to conduct media interviews in Spanish. Similarly, 22 percent of Sen. Scott’s office is bilingual.”

Eight House and Senate offices were honored as winners in four categories: Constituent Service; Innovation and Modernization; Transparency and Accountability; and “Life in Congress”-Workplace Environment. Representative and Senate personal offices nominated themselves using an online questionnaire for the four office categories. CMF followed up with offices as necessary to gather documentation and assess the office’s adherence to the established criteria. The winners were selected by a selection committee primarily comprised of former ,embers of Congress and congressional staff. 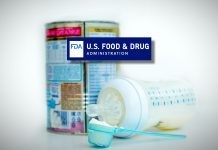