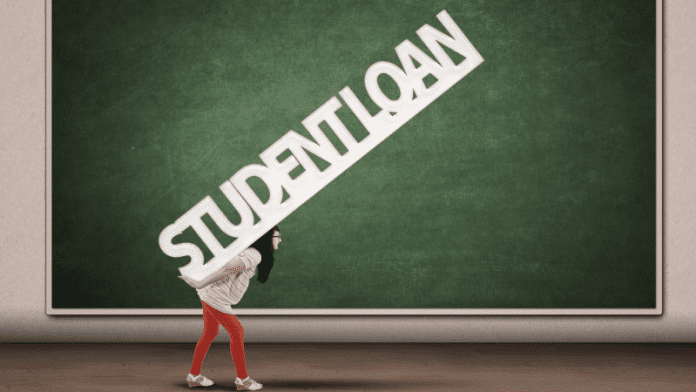 Last week, U.S. Sen. Rick Scott, R-Fla., showcased his “Changing Our Learning, Loans, Endowments, and Graduation Expectations (COLLEGE) Act,” which he brought out at the start of August.

Scott’s office noted the bill will “force universities to take more responsibility when it comes to preparing students for successful careers and to hold university administrators accountable for unacceptable skyrocketing price of education” and “puts higher education institutions on the hook for student debt, implements reporting requirements for metrics related to student success and ensures that massive university endowments benefit students and families first.”

Scott weighed in on the bill last week.

“For far too long, state and federal leaders have taken a misguided and failed approach to managing public institutions of higher education. The result of their decades of failed policy and mismanagement is millions of Americans with mountains of student debt racked up earning degrees that haven’t prepared them for good, high-paying job in the real world. Now, these same ‘leaders’ are claiming that the answer to our higher education problems is massive and unconditional student loan debt forgiveness. It’s choosing to treat a symptom when we can cure the disease. If we want real results that improve student performance, boost post-graduation job placement and keep tuition affordable, we need to do the hard work of actually holding colleges and universities responsible for the outcomes of their students and accountable to the American taxpayer. My COLLEGE Act takes big, important steps toward doing exactly that,” Scott said.

Scott used the opportunity to highlight his efforts on higher education during his eight years as governor. After serving two terms in Tallahassee, Scott defeated then U.S. Sen. Bill Nelson, D-Fla., in 2018.

“As governor of Florida, I fought every day to improve higher education in the Sunshine State. Our hard work with the leaders of Florida’s colleges and universities allowed us to increase transparency of higher education expenses, keep higher education affordable by holding the line on tuition and improve both educational and post-graduation outcomes for our students. This all resulted in U.S. News and World Report naming Florida’s higher education system as the best in the country in 2017 – a position it has held every year since. The COLLEGE Act continues this important work and will apply the lessons we learned in Florida to higher education institutions and systems across the nation. I urge my colleagues to support this good bill and join me in our fight to put America’s students first,” Scott said.

Scott’s office offered the following provisions included in the proposal:

1. Putting Institutions on the Hook for Student Loan Debt

The COLLEGE Act creates an agreement between institutions and students. Beginning the first year after enactment, an institution is responsible for 1% of the loan balance of students who are in default, within the first three fiscal years where their loans have entered repayment. Institutions are responsible for 2% in the second year, increasing to 10% of that balance at the end of 10 years.

Forcing universities to have accountability for student debt provides a powerful incentive to actually prepare students for careers – instead of encouraging mountains of debt and degrees that don’t lead to jobs after graduation.

The COLLEGE Act requires the Secretary of Education to publish a variety of important and common-sense metrics from public colleges and universities, such as the 6-year graduation rate for each academic program, the percentage of graduates who are employed full-time or continuing their education full-time after graduation and the cost to graduate with a degree for each academic program.

Metrics create accountability to ensure each higher education institutions are doing its most important job: preparing students for the opportunity to get a great job following graduation, build a career and become self-sufficient.

The COLLEGE Act requires any university with an endowment to report to the Secretary of Education the size and growth of its endowment, and provide a cost-match for federal financial student aid award to pay for tuition, educational costs (books, equipment, etc.) and living expenses charged to students based on the size of the endowment. The larger the value of the endowment, the higher the match the university must provide. For example:

For endowments greater than $1 billion, but less than $5 billion, there will be a 25 percent university cost-match and 75 percent federal financial aid eligibility.

For endowments greater than $5 billion, but less than $10 billion, there will be a 50% university cost-match and 50 percent federal financial aid eligibility.

For endowments greater than $10 billion, there will be a 75 percent university cost-match and 25 percent federal financial aid eligibility.

Scott’s bill was sent to the U.S. Senate Health, Education, Labor and Pensions Committee. So far, he has no reeled in any co-sponsors in the Senate and there is no companion measure over in the U.S. House. With Democrats controlling both chambers on Capitol Hill, the bill is not expected to garner much momentum.

The White House announced it would continue to pause student loan debt repayments through the end of the year. Biden also announced he would forgive $10,000 in student loans for Americans making less than $125,000 annually and would forgive $20,000 in Pell Grants. More than 40 million Americans are estimated to be covered by Biden’s proposal.