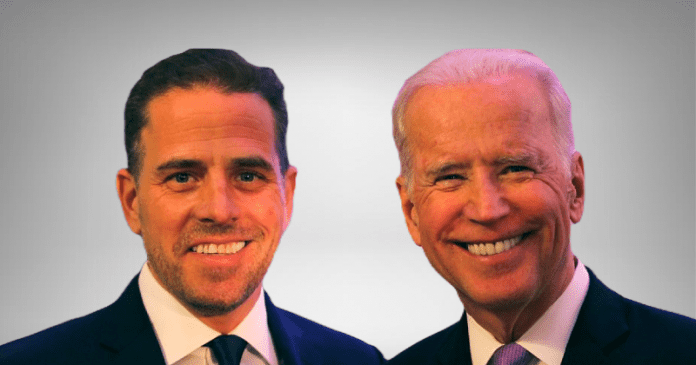 U.S. Sen. Rick Scott, R-Fla. wrote a letter this week to U.S. Sen. Gary Peters, D-Mich., the chairman of the U.S. Homeland Security and Governmental Affairs Committee, requesting that the committee immediately launch an investigation into the potential conflict of interest surrounding Hunter Biden‘s overseas business dealings and any influence or access promised to or gained by others to his father, President Joe Biden.

I write today regarding the alarming allegations and evidence surrounding Hunter Biden’s overseas business dealings. As you know, Hunter Biden is under federal investigation for alleged tax evasion and money laundering, as well as potential violations of foreign lobbying laws through his business relationships overseas.

The business dealings of Hunter Biden, including his connections with the Ukrainian gas company Burisma Holdings, have been the subject of investigation in this committee since 2019. The report produced jointly by this committee and the U.S. Senate Committee on Finance in 2020 concluded that Hunter Biden’s job with Burisma created a “potential conflict of interest” for his father, Joe Biden, who was heavily involved in U.S. policy toward Ukraine while Vice President of the United States.

In September 2020, emails allegedly recovered from a laptop that once belonged to Hunter Biden were obtained by The New York Post. Former business partners of Hunter Biden and other media outlets, including The Washington Post and The New York Times, have now also authenticated thousands of emails from Hunter Biden’s laptop linking him to business deals in Ukraine, Russia and China that indicate a potential pattern of corruption. More recently, Senate Judiciary Committee Ranking Member Chuck Grassley and Senate Permanent Subcommittee on Investigations Ranking Member Ron Johnson wrote to the Department of Justice, the Federal Bureau of Investigation and the United States Attorney in the District of Delaware, calling on federal law enforcement authorities to thoroughly investigate potential criminal behavior by Hunter Biden.

As the committee charged with oversight of the federal government, I believe the Senate Homeland Security and Governmental Affairs Committee must immediately investigate the potential conflict of interest that could exist surrounding Hunter Biden’s overseas business dealings and any influence or access promised to or gained by others to his father, President Joe Biden.

The lack of transparency surrounding these reports must be thoroughly investigated. The American people have been deprived of the answers they deserve on this matter for too long. It is beyond time to investigate these potential violations, and I urge you to quickly take up this matter by holding public hearings.