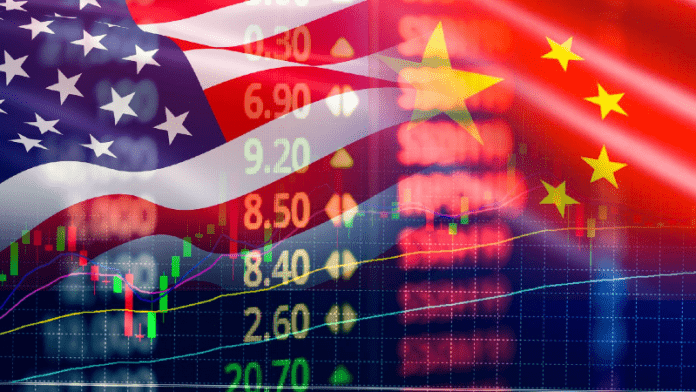 This week, U.S. Sen. Rick Scott, R-Fla., sent a letter to Gary Gensler, the chairman of the Securities and Exchange Commission (SEC), highlighting what he called a disturbing lack of financial transparency, among other concerns, with an auditing agreement recently made between the SEC’s Public Company Accounting Oversight Board (PCAOB) and the China Securities Regulatory Commission (CSRC).

Scott has previously raised concerns with Communist Chinese backed companies breaking their agreements and American laws while operating within the United States, putting U.S. investors at increased risk. He is urging the SEC to look into the matter and ensure that American investors are treated fairly and provided transparency on the risks of investing in Communist Chinese backed companies on securities exchanges.

Thank you for your ongoing efforts and the efforts of the U.S. Securities and Exchange Commission (SEC) to expose Communist Chinese companies for their lack of transparency in American financial markets. On August 26th the Public Company Accounting Oversight Board (PCAOB) and the China Securities Regulatory Commission (CSRC) reached an agreement to move forward with auditing requirements for Chinese companies to remain listed on American stock exchanges. While these efforts are a step in the right direction, I am concerned that this agreement does not go far enough and could threaten the integrity of any audits produced.

According to the CSRC, it has no plans of allowing for an audit that is wholly independent of Chinese authorities. They state that “audit work papers and other information that the U.S. regulator need access to will be obtained by and transferred through Chinese regulators.” Allowing Chinese regulators to sift through documents before transferring them to U.S. regulators creates doubt in the entire auditing process.

The Communist Chinese Party (CCP) continues to skirt transparency in companies listed on our stock exchanges. Their aversion to properly comply with audits should concern all Americans. Giving in to the CCP’s wishes creates a lack of confidence in the financial products put forth for the American people to invest their hard-earned money in.

The American people deserve to have markets that are free and transparent. Accountability is a cornerstone to our monetary marketplace. While I am encouraged by this step the SEC is taking toward forcing more transparency from Chinese companies, history suggests that the CCP are creating a façade to continue to funnel money out of American markets by using highly misleading records and methods. Given this history of Chinese companies not properly disclosing their accounts, I write today with questions regarding this new agreement.

1. How will this agreement be enforced? What are the repercussions for being caught breaking the agreement?

2. Is it correct that United States representatives will not be permitted to receive documents in mainland China? Why will files need to be sent to Hong Kong?

3.Given the power the CCP has over Hong Kong National Security Law, how can you ensure a fair legal process, if one is necessary?

4. With Communist China’s notorious reputation for keeping a second set of books, how will we have certainty that the information provided is authentic?

5. Will you ensure each company that does not comply with wholly independent audits will be delisted from U.S stock exchanges?

6. How will the SEC make sure that no Chinese authorities interfere in any way with these independent audits?

If and when Chinese backed companies are caught breaking this agreement, or any relevant American laws, I encourage the SEC to move quickly to remove them from our markets.

I look forward to your response as we continue to work together to safeguard the financial markets of the greatest economy in the world.