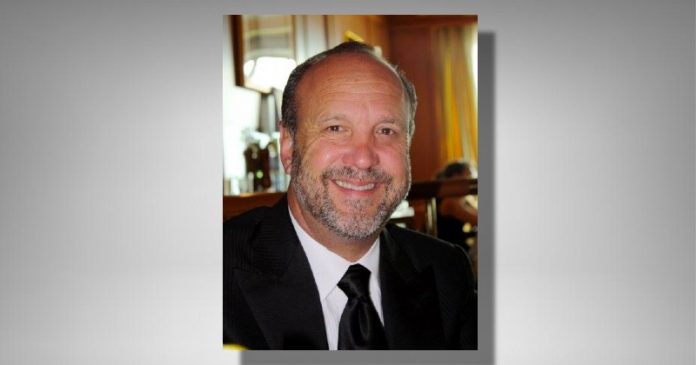 Ronald L. Book, P.A. CEO Ron Book, one of the most prominent lobbyists in Tallahassee, is the recipient of the Florida Bar President’s Pro Bono Service Award for 2023 for the 11th Judicial Circuit.

Each year, the Florida Supreme Court and the Florida Bar honor lawyers, groups, and judiciary members who have charitably given their time and expertise in support and on behalf of low-income and disadvantaged clients.

“Renowned lawyer, lobbyist, and 11th Judicial Circuit Pro Bono Award recipient Ronald L. Book effects change for his clients daily on the national, state, and local levels of government. A tireless advocate for those less fortunate, Book has dedicated hundreds of thousands of hours of pro bono service and leadership to many groups over decades of practice. Ron’s work has led to millions of dollars in funding and successful lobbying for organizations such as Best Buddies (mentoring for individuals with unique abilities), Casa Familia (an affordable housing opportunity for adults with unique abilities), the Children’s Home Society Foundation of Florida, the Alonzo Mourning Family Foundation, and many more,” Book’s office announced.

“I’ve worked with Ron Book for more than 20 years and have seen first-hand the strong personal commitment he has to service,” Kelly Mallette, the senior director of government affairs for Ronald L. Book, P.A., said. “Whether it is assisting individuals experiencing homelessness or protecting children from abuse, he simply does not stop fighting for those in need. Frankly, when it comes to these types of issues, I don’t think the word “no” is in his vocabulary. This award couldn’t be more deserving.”

“Ron Book has been a pillar in our community for decades,” Miami-Dade County Mayor Daniella Levine Cava said. “In chairing the Miami-Dade Homeless Trust, Ron has worked tirelessly to ensure all people in our community have the most basic dignity of sleeping with a roof over their head. Through Ron’s leadership, Miami-Dade is better equipped to provide not only a safety net for those experiencing homelessness, but the resources and systems needed to end the cycle once and for all. I applaud Ron for receiving The Florida Bar President’s Pro Bono Service Award and thank him for his lifelong commitment to combating homelessness in Miami-Dade County and beyond.”

“As long as I have known Ron, he has given an enormous amount of himself to combatting the exploitation of our children and protecting victims of sexual abuse and human trafficking,” Miami Dade State Attorney Katherine Fernandez Rundle said. “Ron has successfully advocated for changes in state and federal law to keep children and survivors safe, shattered stigma through education and awareness, and provided pro bono counsel for some of our state’s most vulnerable. He has helped lead Miami- Dade’s efforts to help the homeless for more than 25 years and currently serves as Chairman of the Homeless Trust, which the U.S. Department of Housing and Urban Development (HUD) Secretary Marcia Fudge rightfully called “a blueprint for the rest of the country.” Ron’s commitment to positive change is woven into the fabric of his very being. Congratulations to Ron on this wonderful recognition. We are all grateful for the work he has done to improve our state.”

“Ron Book couldn’t be more deserving of this award because service isn’t just something he does – it is at the core of who he is,” said NBA Hall of Famer and OYC founder Alonzo Mourning. “For over 20 years, Ron has partnered with us to impact and transform the lives of children and families in our community. He’s made it his personal mission to protect and provide for the most vulnerable among us, and, as an active member of our board of directors, we’ve seen the fruits of that labor first-hand. We are just one of the countless causes to which Ron gives his time, talent, and treasure because he is steadfast in his dedication to fighting for those in need. Congratulations to him on receiving such a distinguished honor.”

“I’ve known Ron for many years, and he has always put the community first,” said NFL Hall of Fame Miami Dolphins Quarterback Dan Marino. “When Claire and I first found out about our son Michael being diagnosed with autism, Ron immediately stepped in to help us with legislation and funding to assist those with developmental disabilities all across Florida. He’s a true champion of the community!”

“Since its creation nearly three decades ago, Ronald L. Book has helped to shape and guide the Miami-Dade County Homeless Trust as a committed volunteer member of the board,” said Miami-Dade County Homeless Trust Executive Director Victoria Mallette. “As the board’s current Chair, his leadership, passion, and commitment to helping the least, last, lost, and forgotten is unparalleled. Under Mr. Book’s leadership, unsheltered homelessness in Miami-Dade County has been reduced by nearly 90 percent, more than 14,000 people experiencing homelessness are served each year, and Miami-Dade’s continuum of care continues to be recognized as a national model.”

“20 years ago, Ron Book made a commitment to FCASV that he would help survivors of sexual violence in every way possible. His commitment is as steadfast today as it was then,” Florida Council Against Sexual Violence Executive Director Jennifer Dritt said. “In 2003, Florida provided no general revenue funding for sexual assault services. Today, the legislature appropriates nearly $6 million in recurring general revenue and another $1.5 million in fine-based funding for critical services for survivors. Florida’s response to sexual violence has improved dramatically in so many important areas. Whether we’re talking about survivors’ access to services or policy changes meant to improve survivors’ lives, when we were certain there was no way forward, Ron made the way—and never accepted a penny. I can’t think of anyone who deserves this award more than Ron Book.”

“On behalf of the Lauren’s Kids Foundation, congratulations to our Chairman and my dad, Ron Book, as he is honored by The Florida Bar for his lifetime of service helping those in need,” said state Senate Democratic Leader Lauren Book, D-Plantation, the founder and CEO of Lauren’s Kids. “His tireless advocacy has shaped dozens of laws to make the State of Florida safer for children, and his leadership has helped Lauren’s Kids shatter the stigma surrounding child sexual abuse while raising awareness, educating communities, and helping survivors heal. Florida’s children are safer because of Ron Book.”

“I have always taught my children that to whom much is given, much is to be expected, and throughout my life, as my own influence and abilities grew as an individual, a lawyer, and a leader, so too did my commitment to serving my community,” Ron Book, said. “I am incredibly proud of my life’s work and philanthropy, knowing beyond the shadow of a doubt that we’ve made a difference in people’s lives through individual service and systemic change. We do great things at our firm, but nothing greater than giving back.”

The Florida Bar President’s Pro Bono Service Awards are intended to encourage lawyers to volunteer free legal services to the poor by recognizing those who make public service commitments and to raise public awareness of the substantial volunteer services provided by Florida lawyers to those who cannot afford legal fees. Book orchestrates effective change on a national, state, and local level. His work has significantly impacted the practice of law and the poor and underserved populations in Florida over a notable law career as a specialist in governmental affairs and administrative law.

The 2023 Pro Bono Awards ceremony is scheduled for Thursday, January 26, at 3:30 pm at the Florida Supreme Court.