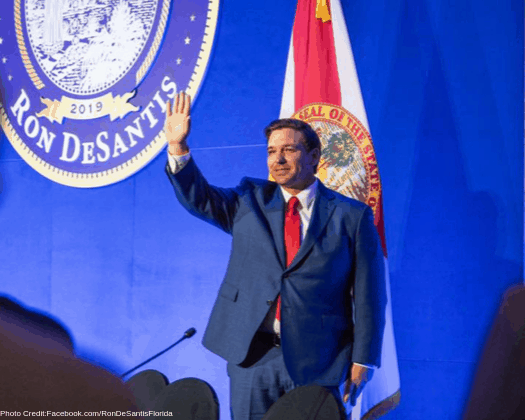 At the end of last week, Gov. Ron DeSantis announced four appointments to his administration to take effect in the coming weeks.

“In Florida, we are working toward a brighter future for generations to come — there is no doubt that these are the best people to bring on to our team with that goal in mind,” said DeSantis. “With diverse backgrounds and wide-ranging experience, this team brings invaluable knowledge to their roles. Floridians can be assured that these positions are filled with individuals who will fight for them with their best interests at heart.”

Dr. Eric Hall, Ed.D. has more than two decades of experience in executive leadership roles, with significant expertise in the fields of education, youth development, and juvenile justice. He was appointed in March 2019 by Commissioner of Education Richard Corcoran to serve as the state’s first Chancellor for Innovation and Senior Chancellor where he oversaw the divisions of K-12 Public Schools, the Florida College System, Career and Adult Education, Vocational Rehabilitation, Blind Services, the Office of Safe Schools and the Office of Early Learning. Dr. Hall has served on several boards and committees including as a board member of Special Olympics Florida and as Chair of Florida State Advisory Council on Early Learning.

Interim Secretary Josie Tamayo has served Floridians for over 30 years and will take on a new role in the administration. Details will follow in the coming weeks.

Ricky Dixon began his career with the Florida Department of Corrections (FDC) as a correctional officer and has held multiple positions in his 25-year career, most recently serving as Deputy Secretary since August 2015. In this role, he has been responsible for the overall operation of the agency and has worked collaboratively with each program area to ensure the mission and vision of the Department were accomplished.

Michelle L. Branham has served as Vice President of Public Policy for the Florida Alzheimer’s Association since September 2012. Branham has more than 28 years of experience in public policy, public health, and public relations and more than a decade of senior executive experience in federal and state level public policy initiatives including advanced healthcare and Florida senior initiatives. She has served as Chair of the State of Florida Alzheimer’s Disease Advisory Committee and was an Advisory Member for the State Plan on Aging Task Force.

Branham is being appointed following the retirement of Secretary Richard Prudom. Secretary Prudom has faithfully served the state of Florida for more than 30 years where he has worked to develop, implement, and lead public policies and programs that improve the lives of Florida families. Governor DeSantis appointed Prudom as Secretary for the Department of Elder Affairs in January 2019.

Wesley (Wes) R. Brooks, PhD, has served as Director of Federal Affairs for the Department of Environmental Protection since January 2020. In his role, Dr. Brooks has developed and implemented strategies to accomplish legislative and regulatory goals for the State and DEP including Clean Water Act 404 assumption, expedited construction of the Everglades projects, and reauthorization of the Coral Reef Conservation Act. He also previously worked as a staffer for members of Florida’s Congressional delegation, including Senator Marco Rubio, where he worked on policies for Everglades restoration, coastal resiliency, coral reef conservation, water quality and harmful algal bloom monitoring.