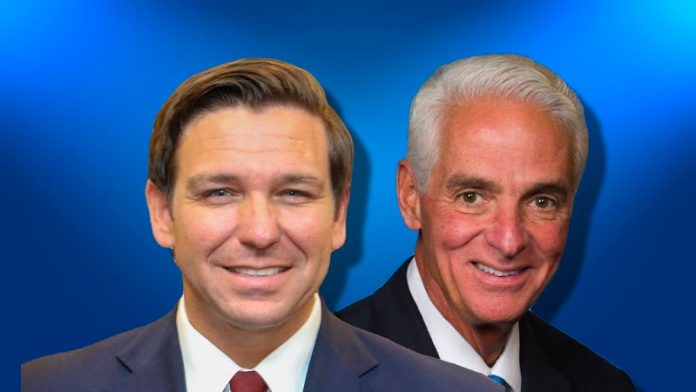 A new poll shows Gov. Ron DeSantis in excellent shape as he runs for a second term.

Mason Dixon released a poll of likely voters showing DeSantis taking 52 percent while former Gov. Charlie Crist, who was elected governor in 2006 when he was a Republican, behind at 41 percent while 1 percent back other candidates and 6 percent remain undecided. Crist won the Democratic primary in August over state Agriculture Commissioner Nikki Fried. DeSantis faced no opposition on the Republican side.

“DeSantis leads throughout the state, with the exception of traditionally Democratic Southeast Florida. He is also running up large levels of support among men (60 percent), white voters (62 percent), those aged 50+ (56 percent) and Republicans (92 percent). The governor also holds a noteworthy 52 percent-39 percent advantage over Crist among unaffiliated voters,” the pollster noted.

A solid majority of those surveyed–55 percent–approve of DeSantis’ performance in Tallahassee, while 42 percent disapprove and 3 percent are not sure.

DeSantis is seen as favorable by 50 percent of those surveyed, while 39 percent view him unfavorably and 11 percent are neutral about him.

Crist is upside down in the poll, with only 33 percent viewing him favorably while 39 percent see him as unfavorable, 22 percent are neutral about him and 6 percent have never heard of him.